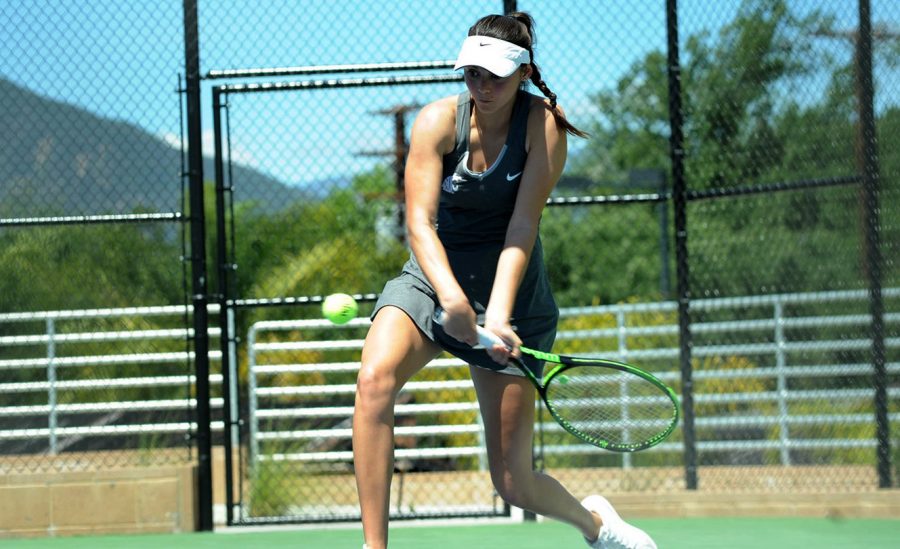 WSU tennis opened the spring portion of its 2017-2018 season during the Weinman Foundation Invitational in Honolulu. The Cougars competed against California State University, Northridge, and host University of Hawaii in the event, where they played both doubles and singles matches.

The Cougs won two out of three doubles matches on the first day of the three-day event, which began Thursday, while posting victories in five singles matches.

“We are excited to be back on the court competing,” said WSU Head Coach Lisa Hart. “We were able to focus and win seven out of 10 matches. Today was a good start to our season and we need to come back tomorrow and play, and focus even better.”

Several Cougars had standout performances on the first day, including senior Barbora Michalkova, who picked up her 40th career singles victory, and freshman Michaela Bayerlova, who improved to 4-0 as a collegiate athlete.

The Cougars continued their winning form Friday, picking up nine wins out of 10 matches. They swept all seven singles matches and dropped only one doubles match.

“We need to keep focusing on things we can control and improving every day,” Hart said after the second day of play.

The Cougs rounded out the tournament Saturday with another pair of victories in doubles matches, and won five out of six singles matches. On the day, senior Aneta Miksovska improved to 10-3 in singles this season while also winning the 60th singles match of her career.

Bayerlova emerged undefeated from the tournament, taking both of her matches in straight sets. As a team, the Cougs combined for 17-3 singles record and a 6-3 doubles record.

“I’m proud of the way our players competed this week,” Hart said. “I think we improved each day and I liked the energy we brought to the court. We are excited to get back to Pullman and get to work in practice before we open our dual match season in a couple of weeks.”