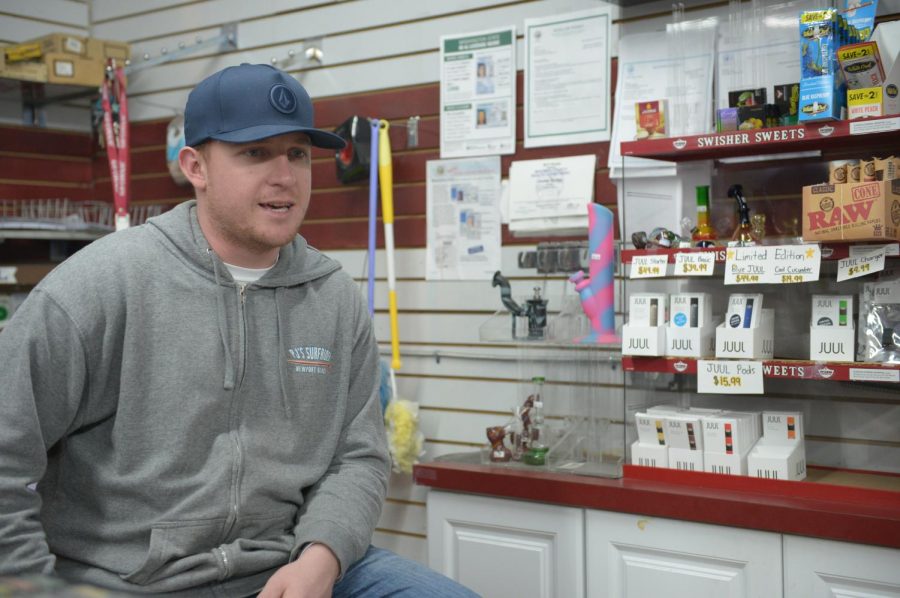 Love it or hate it, smoking is in vogue in a whole new way thanks to the JUUL.

In June 2015, PAX Labs introduced the JUUL vaporizer, which has recently picked up popularity on campus.

The JUUL is a vapor device targeted toward adult smokers as a safer alternative to regular smoking. However, because the technology is still very new, scientific research has not yet proven its safety. These vapes are seen as more socially acceptable than cigarettes, because they are discreet, produce small clouds and have hardly any scent, unlike traditional tobacco products.

They have become so popular that videos of their usage are often posted to sites like Total Frat Move. Most are pretty hilarious or entertaining in their own way. What this shows is that JUULs have become heavily integrated into both Greek and non-Greek campus culture.

In a poll conducted on the WSU Free and For Sale page, more than 50 people who answered did not use the device. About 10 non-Greek-affiliated individuals used the device, along with 11 Greek-affiliated people.

I felt these numbers were rather questionable, based on the countless individuals I see on and off campus using the device every day.

To get more answers about the campus culture surrounding the devices, I went to Bob’s Corner Market in Adam’s Mall to find out about local demand for JUUL products.  Cashier Dakoda Jolliffe was working and described what’s going on with this trend.

“Really, the initial sales were pretty big, then after that everything has been kind of steady,” Jolliffe said. “When we first got pods, everybody came into buy their pods and starter kits.”

He explained that there was a big rush for JUUL products after winter break, because the pods and devices are only sold at select registered stores.

“As soon as break hit, everyone had run out of pods so they came in and restocked,” he said.

Jolliffe said there is a mix of communities that buy JUUL products, based on location.

“At this store, it’s a lot of Greek-affiliated because they’re trying to stop smoking cigs,” he said, “but at the other location we have, it’s mostly non-Greek-affiliated students.”

Jolliffe said that Bob’s does not have a problem with underage customers attempting to purchase tobacco or alcohol products because of risk management policies, like checking the ID of all customers who purchase said products.

Bob’s Market also has two unique JUUL products that draw consumers, other than the standard flavors and starter packs. They have a stock of the limited edition “Blue JUUL” and “Cool Cucumber” pods, which are in high demand. On Reddit, there is an underground market to obtain these often hard-to-find products.

Aaron Cothard, a freshman computer science major and member of the Greek community, took time out of his busy day to tell me more about his experience with the product. He has been using the JUUL since it came out in 2015.

“It’s the most convenient way to vape and I’m a big fan of nicotine,” he said. “It’s small, portable, durable and the easiest way to get that buzz.”

He can attest to its durability because his was run over by a car, and he said it still worked just fine. Cothard said the products’ longevity is one of their major benefits.

He has also noticed a large number of students using the product.

“I see what seems like the majority of the Greek community, at least those that are out and about, using JUULs,” he said. “I’m not surprised that outgoing people in our age group are using JUULs, but it’s still crazy to see them everywhere.”

A problem with the JUUL craze is the litter generated by those who are negligent with their usage.

The JUUL trend has become integral to the campus culture. In college, many use nicotine to combat stress and excessive drinking, two factors I see playing a role in the current campus culture surrounding smoking.

This trend is here to stay, at least until something better and cleaner comes out. I believe it’s a much nicer alternative to traditional smoking, because it only causes potential harm to the user and doesn’t stink up public places.