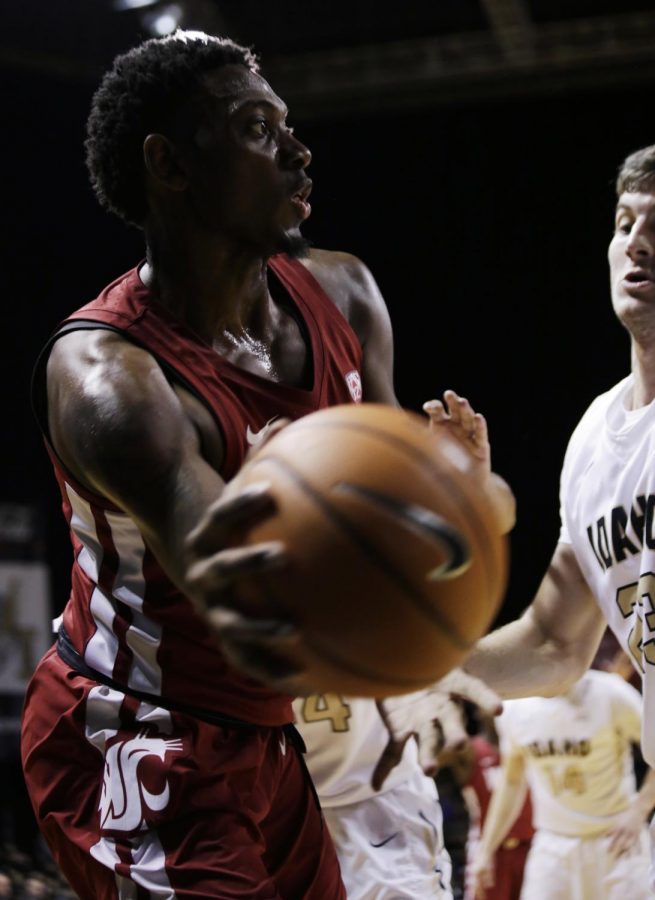 Junior forward Robert Franks passes the ball across court in front of the Idaho basket on Dec. 6 at the Kibbie Dome.

The difference in momentum between WSU men’s basketball and Stanford University coming into Thursday’s game couldn’t be bigger than it is right now.

WSU has opened Pac-12 play with three straight losses, while Stanford has compiled two conference wins in a row — most recently, a half-court buzzer beater to defeat University of Southern California.

Junior forward Robert Franks said the players have been watching a lot of film, trying to find areas where they can improve, to avoid the same outcome against Stanford (8-8, 2-1).

“Coming off of the Washington loss was hard to swallow,” Franks said. “We had a lot of mental breakdowns that can’t happen against Stanford.”

WSU Head Coach Ernie Kent also voiced frustration in the loss to Washington, because he believed his team was talented enough to win the game. Kent said they lacked the experience necessary to come out on top at the end of a close game, and that sometimes they have to learn the hard way, by going through periods like this.

Franks has been the most consistent scorer for WSU, averaging 17.9 points per game, as well as chipping in 7.3 rebounds per contest. On the other side, redshirt junior forward Reid Travis is averaging 21.3 points and 7.6 rebounds per game for the Cardinal.

Franks said a big key to WSU’s success in the game will be how they contain Travis.

“We’re going to try to limit his touches as best as possible, maybe throw a double team at him here or there,” Franks said, “and just be physical with him to limit his offensive and defensive rebounds.”

Another player to watch for on the WSU team is starting sophomore point guard Malachi Flynn. He has made three or more three-point field goals in nine games so far this season, but against the Huskies he only made one of his eight attempted three-pointers. Flynn will look to bounce back against the Cardinal.

Thursday night will mark the 137th meeting between Stanford and WSU. The Cardinal hold the advantage historically between the two teams, winning 76 of the previous 136 games, including victories in each of the past two seasons.

Franks said the Cougars are looking to put the last game behind them and shift their momentum in a positive direction.

“We try to prepare every game the same,” Franks said. “We need to go out with the same energy, focus, and desire to win each and every game.”

Tipoff is set for 6 p.m. Thursday in Beasley Coliseum.