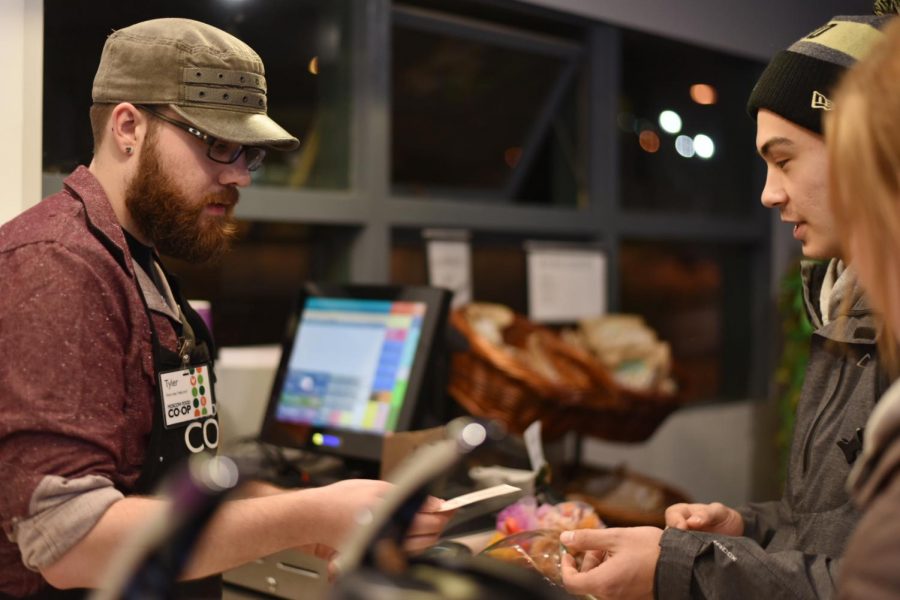 Businesses interested in joining Moscow Food Co-op's sustainability efforts can reach the co-op at [email protected] More information about the co-op’s efforts can be found on their website.

The Moscow Food Co-op recently opened their expansion on the University of Idaho campus.

The business was founded in 1973, and now has locations at 121 E 5th Street in downtown Moscow as well as the Campus Christian Center at UI.

Co-op General Manager Melinda Schab said one of the most unique aspects of the company is the cooperative business model.

“I would say [the Moscow Food Co-op] is a community, and we happen to sell groceries,” Schab said.

The Moscow Food Co-op is co-owned by about 8,000 people throughout the Palouse. The co-owners vote to appoint nine board members on a panel representing the company. Only existing co-owners are eligible to run for board member positions.

Alisa Melior, the campus store manager, began her involvement with the Moscow Food Co-op about 20 years ago and attributes the store’s continued success to the strong sense of unity within the organization.

“[The Moscow Food Co-op] keeps itself relevant by really listening to the needs of its members and community,” Melior said.

It costs $10 a year for ownership or $150 for a lifetime ownership. According to the Moscow Food Co-op website, benefits of becoming an owner include discounts at over 80 local businesses and a 15 percent discount off all store items on owner appreciation days.

The store is dedicated to providing its customers with healthy food options by locally sourcing the ingredients. It offers organic fruits and vegetables, vegan and gluten-free items, and dairy alternatives. All prepared products, including bakery and grab-and-go items, are made in-house.

Marketing Manager Alycia Rock said The Moscow Food Co-op acts as a bridge between local farmers and the community year-round due to the weather-driven, seasonal nature of farmers’ markets.

“There’s no cutting corners,” said Rock. “We do everything with integrity and honesty, and we can offer that to the community.”

The Moscow Food Co-op provides educational community outreach programs. The company also sponsors a program called Community Contributions, where an individual or a business can apply for donations.

According to their website, due to limited budget, applicants are encouraged to send in donation requests six weeks prior to their estimated need.

The business looks to continue its expansion and currently plans on bringing a location to Pullman and possibly WSU, Schab said.

The Moscow Food Co-op is open Monday through Sunday from 7 a.m. to 9 p.m.

Correction: The photo caption has been updated.  It previously misidentified Tyler Kneller as Ryan Kneller.