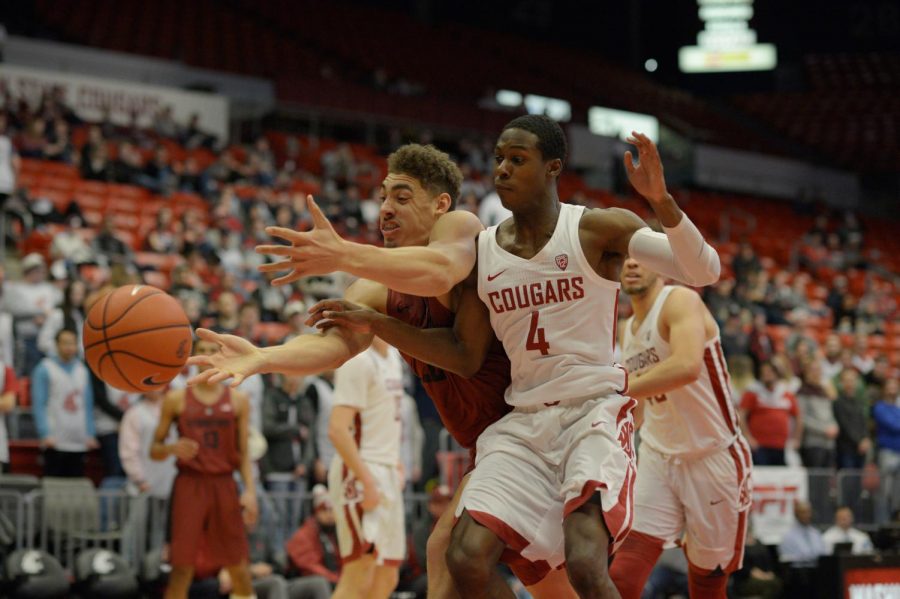 WSU men’s basketball will look to notch their first conference victory when they host University of California, Berkeley on Saturday. The Cougars started the season 6-0, but have since lost eight of their last ten games.

WSU (8-8, 0-4) faced Stanford University in its previous game and despite leading 45-38 at half, was unable to keep the visitors at bay. Junior guard Kwinton Hinson and Stanford redshirt junior forward Reid Travis were involved in a tussle and the players needed to be separated by teammates before the Cardinal went on a 21-3 run in the next nine minutes to grab the win.

The game was Stanford’s third consecutive comeback victory, rallying to defeat University of California, Los Angeles and University of Southern California before the game against the Cougs.

The Golden Bears, like the Cougars, have a relatively young roster that negatively impacted their game against Washington. Cal’s leading scorer of the night was benched after fouling out and the tide turned in Washington’s favor as the Golden Bears lost focus and could not keep up with Washington for the rest of the game.

Tipoff is scheduled for 1 p.m at Beasley Coliseum. The game will also be broadcasted live on Pac-12 Networks.