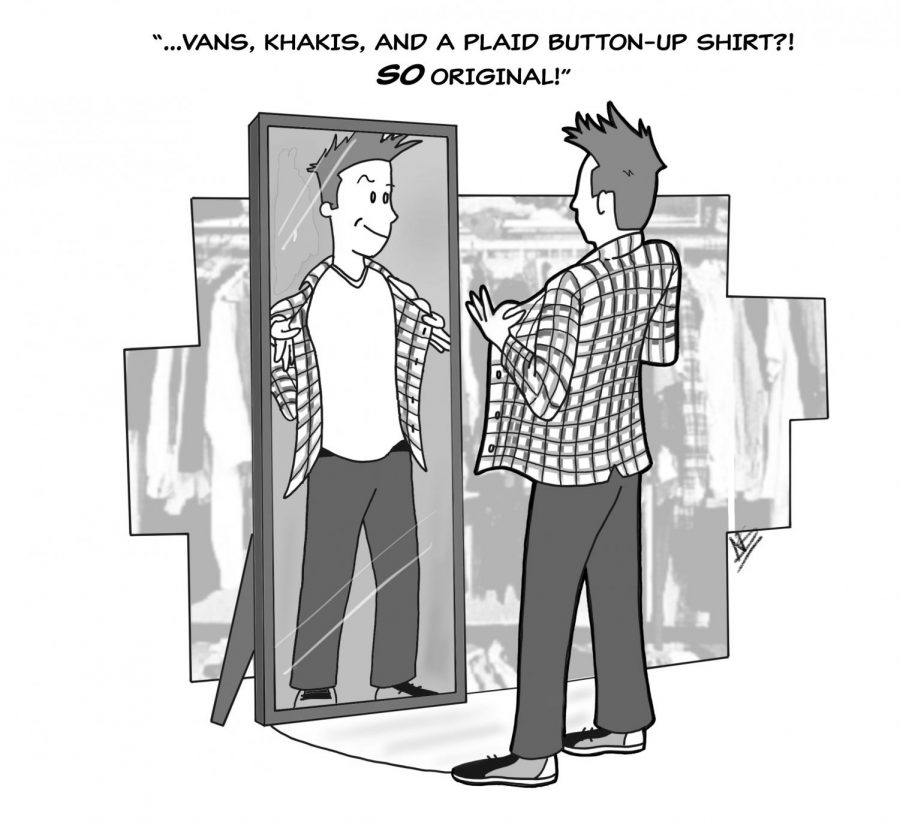 Students around WSU are starting a new fashion trend that relies on both courage and innovation. By thinking outside the box, Cougars of all ages have created a new form of diversity — in the way they dress.

Freshman Amina Sullivan realized from day one that she could finally dress in a unique way that reflected her personality.

“I’m really able to come out of my shell and wear what I want without feeling self-conscious,” Sullivan said. “Back in high school, I couldn’t express myself like this.”

Sporting black leggings, black Nike sneakers and a red WSU hoodie with a black, puffy vest, Sullivan explained that she at first felt uncomfortable wearing something so daring.

“In any other place, I think I’d be ridiculed for trying something so unusual like this,” she said, “but WSU is so welcoming. I’ve never felt so inspired to be original.”

“I did something out of the ordinary for me today, adding the baseball hat,” she said.

K’maar also added that her white hoodie was a bold move, considering the lack of color in her black leggings, vest and Nike sneakers.

Some students, however, claimed they saw no out-of-the-box thinking in the way those young women were dressing on campus. Junior Colter Brighton was one of these students.

“They’re all wearing the same thing,” he said. “Leggings, Nike sneakers and vests over sweatshirts. There’s almost no variation!”

At the time of interview, Brighton wore khakis and a plaid button up shirt with Vans.

“Now this,” he said, in regard to his own outfit, “is innovative. You don’t see too many other guys getting down with this kind of outfit.”

Brighton also added that he believed other male students should be just as creative in their attire. When it came down to it, he asserted that no two guys would be wearing the same thing on the same day.

“You can bet no other Coug has these puppies,” he said, rolling up his khakis to reveal white, calf-height Nike socks, “but every dude has something else that makes him stand out. That’s what makes WSU so diverse.”