WSU will look to fill the holes after crazy offseason 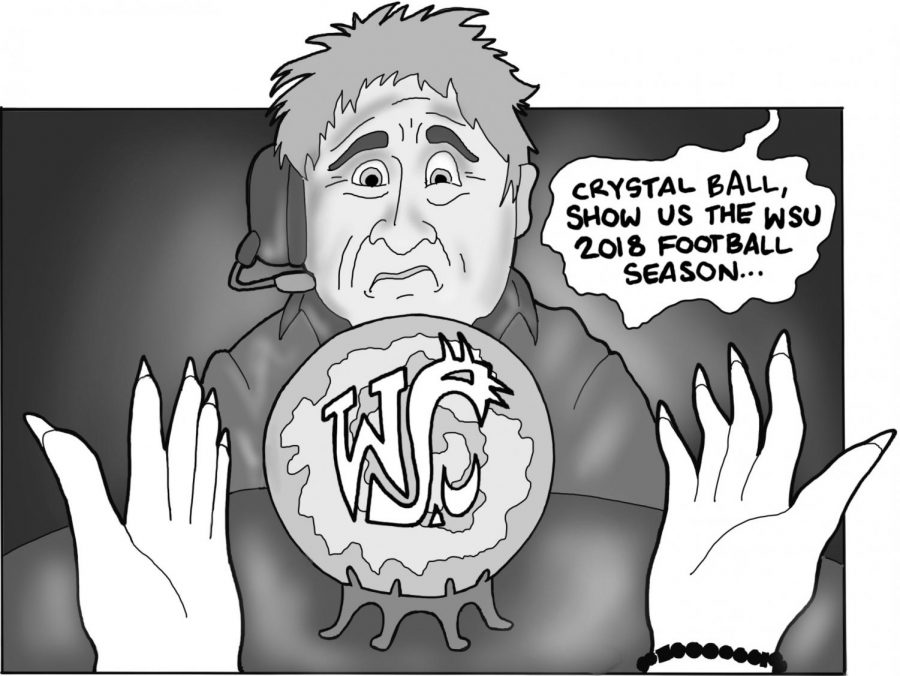 WSU football will look different heading into the 2018 season, with a more youthful team.

The loss of many senior leaders on both sides of the football, as well as some impactful coaches, will leave a lot of question marks and unknowns for the first time in a couple of years.

Falk wasn’t able to play in his final chance to don the Cougar uniform at the Holiday Bowl due to a wrist injury.

“We had a sense of it that he wasn’t going to play,” Leach said. “Which is unfortunate because of what he’s done here but we have to look out for what’s in his best interest of him and the other players.”

Falk holds just about every Pac-12 single-season and career passing record a quarterback could possibly have. It will feel a lot different going into a season not knowing how the quarterback will play, after relying heavily on Falk carrying the team’s air-raid style offense for the past three years.

The significant loss of the two senior running backs and O’Connell on the offensive side of the ball also pose an issue. Wicks and Morrow were two-thirds of what was known as the “three-headed monster” at the running back position. They kept a nice balance of short, powerful gains on the ground as well as nice plays in the passing game.

O’Connell has also been a huge piece of the WSU line that has been able to handle big defensive tackles and protect Falk the past few years.

However, the biggest loss is redshirt junior defensive lineman Hercules Mata’afa. He decided to forgo his senior season and enter the 2018 NFL Draft. He was named a consensus All-American after racking up 10.5 sacks and 22.5 tackles for loss this season.

Injuries to Dotson and Pelluer this year forced younger linebackers like redshirt freshman Jahad Woods to get more playing time. Pelluer was the captain and complete leader on defense, so it was not a welcome sight for Cougar fans to see him go down.

There will be a big space to fill with all of the linebackers leaving, but if nothing else, the season’s injuries gave some of the younger linebackers some experience this year.

Players are not the only losses the Cougars will be suffering in the 2018 season. Right after locking Leach into to a five-year extension, two defensive coaches left.

Grinch completely turned around Cougar defense in his time with WSU, taking it from one of the nation’s worst defenses, in terms of points allowed, to one of the best. He was extremely valuable to Washington State and changed the culture of the team.

Replacing Grinch will be Tracy Claeys, former University of Minnesota head coach. The only thing left to see is what Claeys’ approach will be to the team’s defense: if he wants to go after bigger, stronger guys for the defensive side of the ball, or stick with the Speed-D mentality that Grinch instilled and continue recruiting faster defensive players.

WSU football may be in a transition year from the old, known faces of Cougar football, but the younger players want to leave their mark in 2018 and make the season one the Cougar’s faithful fans will never forget.