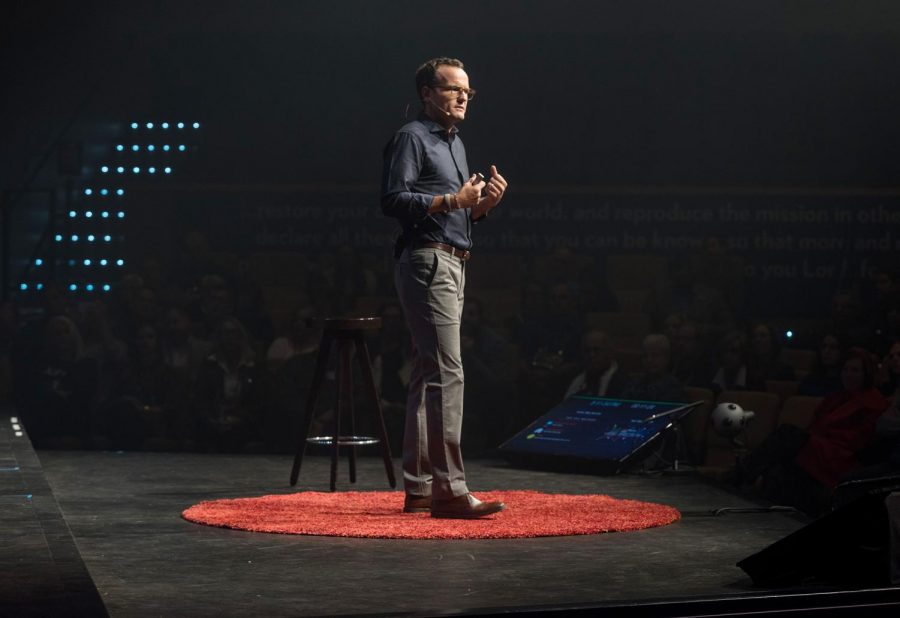 A psychotherapist based out of San Francisco recently developed a method to reduce stress and anxiety in 30 seconds.

Phil Boissiere is a father, husband, couple’s therapist, adult ADHD counselor and WSU alumnus. He developed his own mindfulness technique while his daughter was still an infant, Boissiere said in his TED talk.

While working, parenting a young child and dealing with other stressful aspects of life, it was important to remain mindful, Boissiere said.

After some time, he came up with a method he was happy with and called it the “3×3” method. Boissiere emphasized in his TED talk the practice doesn’t require a quiet environment or more than 30 seconds.

Boissiere also mentioned during his TED talk the importance of avoiding subjective thoughts while naming these items. This is because of the subtle emotional triggers that come along with subjectivity, Boissiere said.

If time permits, someone can extend the process and do it three times in a row. Boissiere calls this the “9×9” method.

Boissiere has advanced training in the Neurosequential Model of Therapeutics and brain science, according to his TED talk profile. He founded an online video-based learning series designed for adults with ADHD called Beyond Focused.

Boissiere also practices cognitive behavioral therapy. This practice is designed to eliminate undesired habits or behaviors through practicing mindfulness. CBT works by first identifying an issue and the surrounding negative emotions, thoughts and potential causes. The individual then takes actions to avoid these potential triggers or negative thoughts.

Boissiere mentioned the 3×3 technique, amongst other types of mindfulness, is useful for people who would like to spend less time checking their cell phones.

With the convenience of technology in today’s time it is easy to miss the beauty around us, Boissiere said in his TED talk.

Boissiere emphasized that anyone can practice mindfulness to improve focus, stress and anxiety levels, which will in turn improve general quality of life.