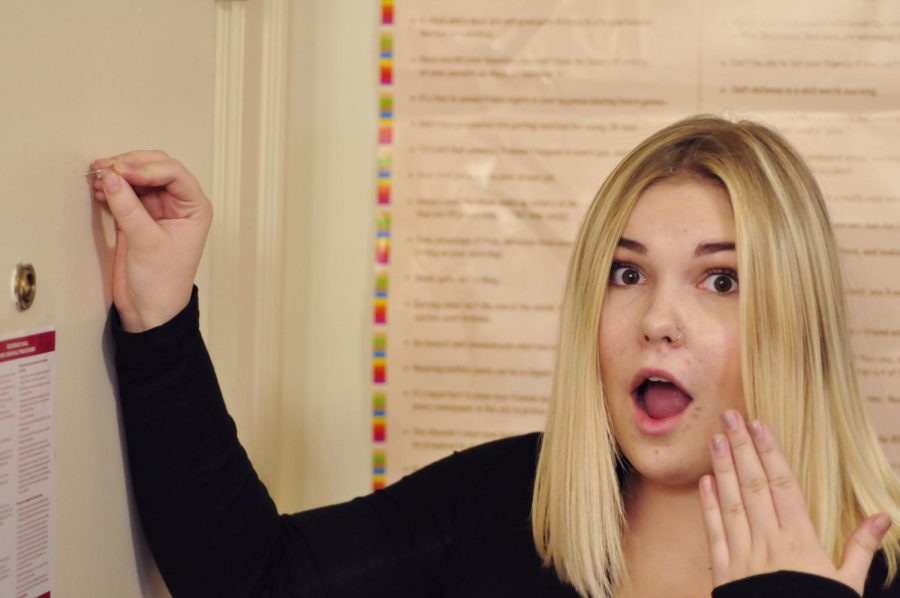 Be weary of how you decide to tack up your dorm art. It could prevent you from enrolling next year.

While WSU Housing offers all the benefits students should expect, the organization has other advantages Cougs may not know about. Exercise, anger management therapy and forensic investigation are all part of an extensive training program Housing hosts for first-year students.

Housing Director of Outreach Brenda Spiltsman said they began the program to make various skill trainings available to all freshman.

“After all, everyone has to room on campus at first,” Spiltsman said. “They’ll get these great skills, whether they like it or not.”

Students on a tight time schedule will be relieved to discover the program is offered in a one-day package deal. Kenton Troy, a first-year living in Goldsworthy, found just how convenient the skills training could be when he noticed an unattributed charge on his WSU account.

“All it said was that I owed $45 in housing fees, but I had no idea what for,” Troy said. “I thought, ‘Well, I’ll just go to Financial Services and get it sorted out.’ ”

Thus started the exercise phase of the training. Troy walked to Lighty Student Services; they redirected him to the WSU Housing Office, half a mile down the road. The Housing Office attendant claimed not to know where the charges came from and told Troy to speak with Financial Services back in Lighty.

Troy then waited for 18 minutes to speak with someone else at Financial Services. When he finally got up to the counter, the anger management phase of the training commenced.

“I really don’t know what these charges are for,” he said, visibly straining to keep his voice level down.

The financial adviser on duty did not know either.

“Try calling the number that comes up under the charges on your myWSU page,” he said.

When Troy called, the attendant he spoke to at the Housing Office picked up. She recognized his voice and said she would try checking his file again. While on hold for six minutes, Troy practiced a calming meditative breathing technique he had seen online once.

“It’s for damages to your old room, 233,” the attendant said when she got back on the phone. “There were nail holes in the wall.”

Troy then hung up, separating himself from the tense situation. He immediately returned to Goldsworthy and knocked on the door of 233. The current residents were confused when he explained the situation to them.

“I haven’t seen any nail holes,” one said, “but you can go ahead and look if you want.”

After an hour-long search, Troy found the culprit: A shallow tack hole over the desk where, last semester, he’d almost hung a calendar before deciding against it. With that, he completed the forensics skillset and, in turn, Housing’s training program.

“We put students through a rigorous process, which can be a little stressful,” Spiltsman said. “It gives them an opportunity to practice real-world skills they wouldn’t get anywhere else. It may be frustrating at first, but the end result is always worth it.”

At press time, Troy was still unable to afford his $45 damages fee on top of his other payments.

“It’s keeping me from signing up for classes next year,” he said wearily. “I suppose I could take out a loan for it.”