Tennis wins every match in first dual this season 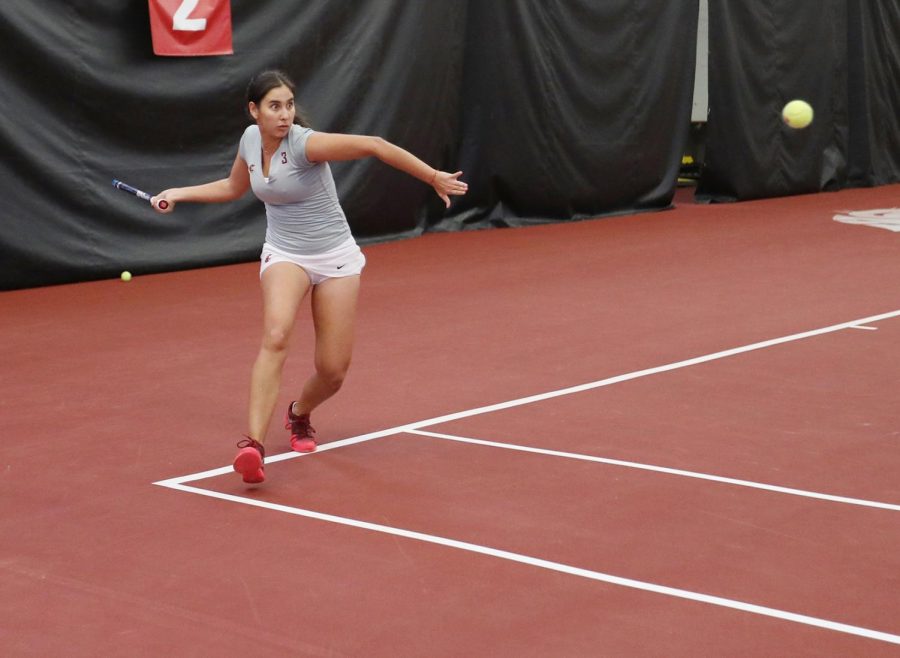 Cougar Tennis completed a two-match sweep on Saturday, defeating both University of Idaho and Montana State University by scores of 7-0 at Hollingbery Fieldhouse.

As a salute to the passing of WSU redshirt sophomore quarterback Tyler Hilinski earlier this week, the Cougars opened their dual match season wearing No. 3 on their outfits and stenciled on their racquets.

Freshman Michaela Bayerlova improved to 7-0 this season by beating the nation’s 39th-ranked player Marianna Petri during the matches against Idaho.

“I am proud of the way our team competed today in our first dual match of the season,” WSU Head Coach Lisa Hart said in a WSU news release. “I am excited for Michaela. What a great way to start her college career, defeating a nationally-ranked player.”

Sophomore Guzal Yusupova, a native of Karhsi, Uzbekistan, saw her undefeated season record improve to 8-0 after this weekend’s matches. While sophomore Ege Tomey raised her season record to 7-3 with a win over Montana State freshman Emma Podeur.

In the later match of the day against the Bobcats, the Cougars captured all six singles in straight sets. WSU also cruised through the doubles portion, surrendering just four games in three matches.

Junior Tiffany Mylonas won her 12th straight match, the longest winning streak of the season for a Cougar. She is now 14-1 on the season.

Four Cougars have racked up double-digit wins so far this season. Hart improved her total of school-best wins to 183 at WSU, and improved to 11-0 against Montana State.

“I am impressed with our players’ focus tonight after a long day,” Hart said in the release. “Montana State is a well-coached team. Collectively we played our best tennis tonight.”