Finding a love for the water

Cook’s parents persuaded her to try swimming, leading to idolizing an Olympic athlete growing up 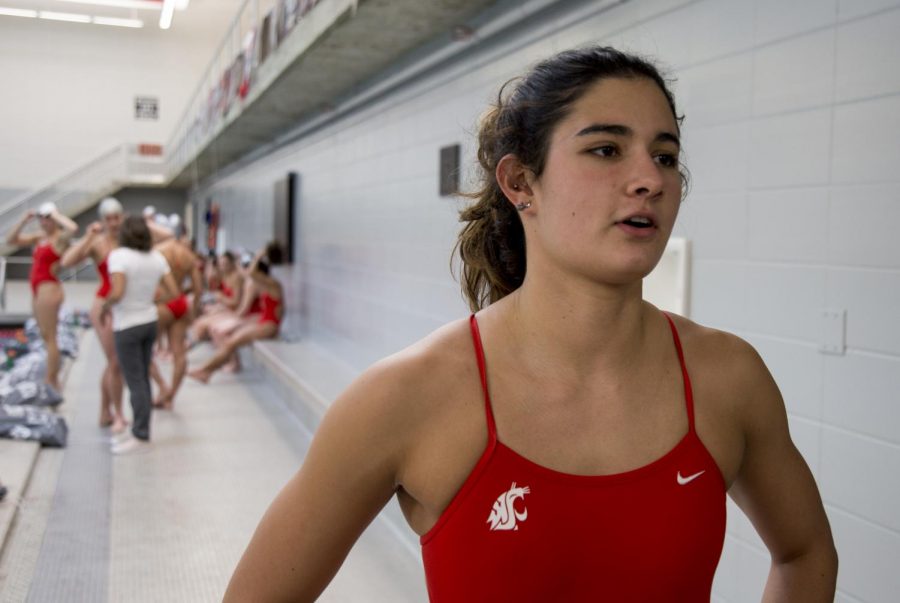 Freshman Emily Cook explains why she decided to swim for WSU and her goals in the pool for this season.

Swimming was never at the forefront of freshman Emily Cook’s childhood. It wasn’t something she started at a young age and fell in love with.

Cook’s parents, both swimmers, pushed her to just try swimming and see if she liked it around the age of 11. She did and has put in a lot of work to get to where she is today, a member on the Cougar swimming team.

Once Cook knew she really enjoyed the sport, she started looking up to other swimmers. Although both of her parents were swimmers, they were not her biggest idols growing up.

“When I first started swimming it was Michael Phelps,” Cook said. “Even more than Phelps was people my age who were really fast.”

Phelps is a retired swimmer who competed in five straight summer Olympic Games as a member of Team USA from 2000-2016.  He holds the record for the most Olympic medals won with 28.

Cook said that when she saw someone her age swim, it inspired her more because it seemed more realistic and attainable than watching Phelps win countless gold medals on television.

Growing up, she said, right after school she would practice swim for the next three hours. She got in a routine of going to school, practicing and doing homework, and she would repeat it every day.

Cook said that schedule has changed.

“College is a lot different because there is a lot more time between school and practice,” Cook said.

With all the time she has now, she must focus on managing it. At first, it was difficult to get her priorities straight and figure out what she needed to do to succeed, she said.

WSU Head Coach Tom Jager said this upcoming meet on Friday is part of the fun of swimming. Not knowing if Oregon State University will bring anybody who swims backstroke, Cook will need to step up and swim great if they do, Jager said.

“That’s just part of being a Coug,” Jager said. “She’s been swimming great all year and has the school record. I would expect nothing else from her.”

Referring to the school record in the 100-meter backstroke, Cook said it felt good and was exciting to do in a relay because she had all of her teammates behind her.

Cook said the best feeling is the excitement of being fast and knowing you performed well for your teammates.

In terms of goals moving forward, Cook wants to continue to get faster, for the whole team to keep getting better and to set the new school record at the Pac-12 Swimming and Diving Championships.

She chose WSU because she loved all of the teammates when she visited as a senior in high school. She said Coach Jager made her feel special and the swim team felt like a family. That impression has only grown stronger since she has been here, she said.

“At other, bigger schools, if you’re not the fastest swimmer you get forgotten,” Cook said, “but not here.”