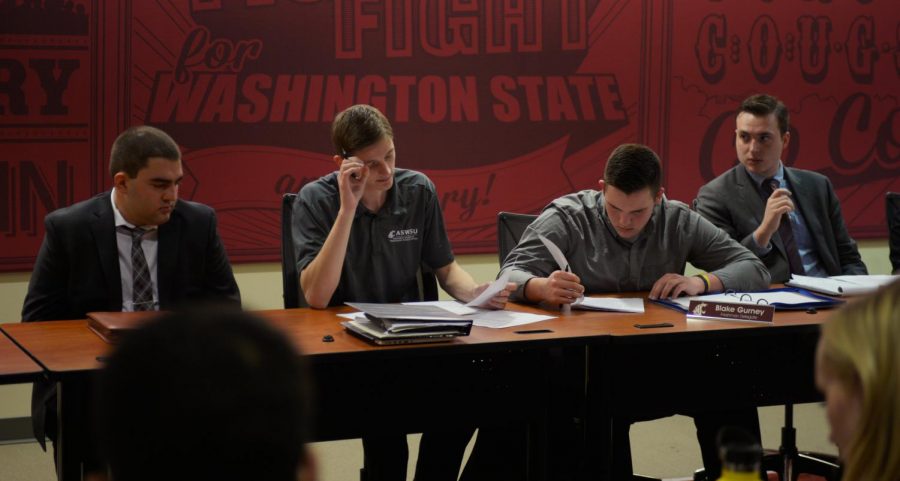 The amendment, proposed by College of Engineering and Architecture Sen. Devlyn Tobin, would change the percentage of voter turnout needed to validate a recall election for at-large and academic college senators.

Section seven of the ASWSU Constitution states 10 percent of the in-question senators’ constituents must sign a petition and submit it to the vice president before a recall election is announced. It currently states 15 percent turnout is needed to recall at-large senators, 10 percent for uncertified senators and 20 percent for senators representing academic colleges. The proposed amendment would lower the requirement for all of them to 10 percent.

All Campus Sen. Savannah Rogers said the needed percentages should be raised to 15 percent instead of lowered to 10 percent because if 10 percent of the constituents already signed a petition, the actual recall election would be redundant.

“What’s the point of the petition and the election if you already have 10 percent?” she said.

College of Arts and Sciences Sen. Devon Holze said raising all three percentages would go against senatorial procedure, which only allows senators to change the numbers brought up in the amendment.

“We’re only amending things that have been changed within this,” Holze said. “Otherwise, you’re looking to amend the actual substance of the constitution.”

Changing the constitution, outside of discussed amendment, would require a new amendment, Holze said.

This meant only the percentages for those two types could be changed to 15 percent, and the author would have to take the amendment back to committee before senators could vote on raising the percentage required for uncertified senators.

Holze said either the Senate could go forward with voting on the amendment as it was, or Tobin could withdraw the amendment so he could edit and submit it later. Tobin ultimately withdrew his amendment.

The amendment also would have changed language in Article IV, section seven of the constitution to be in line with current Senate titles.

The amendment would change the titles in the list to include uncertified senators and academic college senators, eliminating the outdated titles of off-campus and living group senators.

“This amendment changes that so that we can actually update the constitution to what we are currently,” Tobin said.

These included organizing within the group, hosting Native American Awareness Week on campus, creating a new logo and working on advertising efforts.

“We really want to revamp this committee because there’s some things that we saw that needed it,” Brendible said, “so that’s what we’re planning out right now.”