Senator aims to be voice for student vets

Dalton, a veteran, hopes state govt will help those who serve 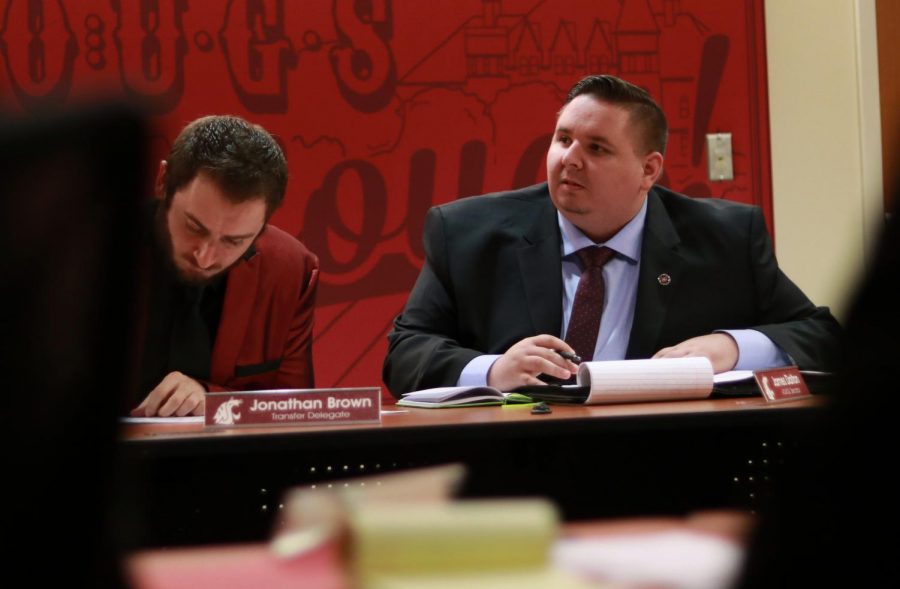 James Dalton, a junior political science major, moved to Pullman from Las Vegas, where he finished out a four-year stint in the Army. Dalton’s first involvement with student government was joining the Student Veterans Committee. He later became vice president of the committee and still holds the position.

Since beginning his job as All Campus Senator at the start of the school year, Dalton has pushed for an expansion of mental health resources for student veterans and supported legislative efforts to make services and activities fees more flexible.

Dalton authored a resolution in support of a bill going through the state government that would require four-year universities to hire a full-time mental health care professional who would specifically serve student veterans.

“They don’t have anybody that specifically deals with issues like this,” he said.

Veteran mental health affects a lot of people, Dalton said, but many avoid talking about it. He said a specific employee could provide better care than what the university offers.

“It provides access,” Dalton said. “That way they can get the services they need.”

He pointed to suicide rates among veterans as a reason for wanting to expand care. According to a 2017 Department of Veterans Affairs Office of Suicide Prevention report, about 20 veterans take their own lives every day.

Dalton said those numbers are far too high and stem from a lack of resources.

Dalton authored another resolution supporting a state government effort to “decouple” services and activities, or S&A, fees from tuition. Currently, S&A fees cannot increase at a rate higher than tuition. The state government has passed a law preventing tuition from rising at a rate higher than inflation, which is 2.2 percent, so S&A fees can also increase at a maximum rate of 2.2 percent.

“Spokane’s campus and Tri-Cities, they have a very large need for childcare,” he said. “S&A fees could help offset the cost of that.”

If the bill becomes law, the Board of Regents could approve S&A proposals from committees at each campus, regardless of how much they increased or decreased.

“They should have the ability to do whatever it is they need to do,” Dalton said.

Dalton said getting people involved in student government would become one of the semester’s biggest issues.

He pointed to the need for a special election to fill multiple vacancies on the ASWSU Senate.

“It is actually a crisis right now,” Dalton said. “Eight people not in their positions, it kind of cripples the body.”

He said involvement was the key to making meaningful change. If no one gets involved, he said, nothing gets done.

One way to attract more students, Dalton said, would be to increase transparency.

“Just knowing what opportunities are out there [would raise student involvement],” he said. “Showing that there is actually an opportunity to make a difference.”