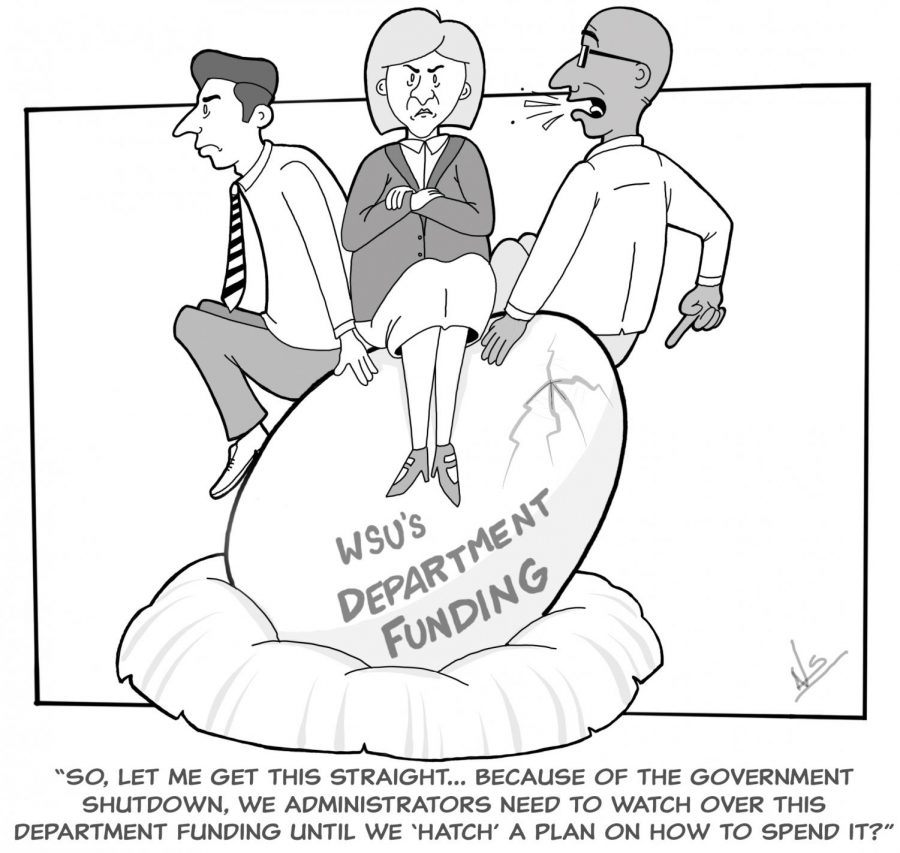 In light of the federal government shutdown last week, WSU officials have decided to follow suit and have their own government shutdown. Though inspired by different reasons, the major players in WSU’s governing body came to a consensus: The funding process needed to be reevaluated.

This is formally known as “The Great Campus Shutdown of 2018,” according to the Office of the Provost. The shutdown differs from its federal counterpart because instead of just closing campus government-related programs, funding to all programs is withheld until officials reach a consensus on fund apportionment.

President Kirk Schulz found much excitement in the shutdown, insisting it provided the perfect opportunity to sort out messy budgeting issues. He was less concerned about appropriating funds for salaries or campus agencies than he was for specific programs.

“Look, I still think ‘Drive to 25’ should be a sick road trip,” Schulz said. “If we can’t get funding for it on those terms, then nothing is getting funded! We have to figure this out.”

Mary Jo Gonzales, vice president of Student Affairs, was less than enthusiastic about Schulz’s continued push to redesign “Drive to 25.” Instead, she supported the shutdown because of all the controversy around the ongoing budget cuts.

“As long as nothing is getting funded, you can’t blame us for targeting any one program,” she said. “And who knows, maybe we’ll save enough money during the shutdown to fix our deficit. Guess it just depends on how long it goes on.”

“Oh, it’s going to keep going on,” Schulz said in response to Gonzales. “This is just the motivation we needed to make some key decisions.”

While the effectiveness of a complete monetary halt is yet to be determined, executive officer spirits are at an all-time high. A poll conducted among the officers indicated that all 15 were satisfied to some degree with the shutdown and had plans for changes or implementations to WSU functions.

Incidentally, the choice to have a government shutdown is the only thing all WSU officials have agreed on to date. According to the poll, no two officers had the same plan for how to redistribute campus funding. Given this point of information, the shutdown is scheduled to continue indefinitely.

Classes will proceed as normal throughout the shutdown. As one professor noted while wearily shuffling to his first class of the day, “Getting paid nothing at all isn’t too big of a change.”