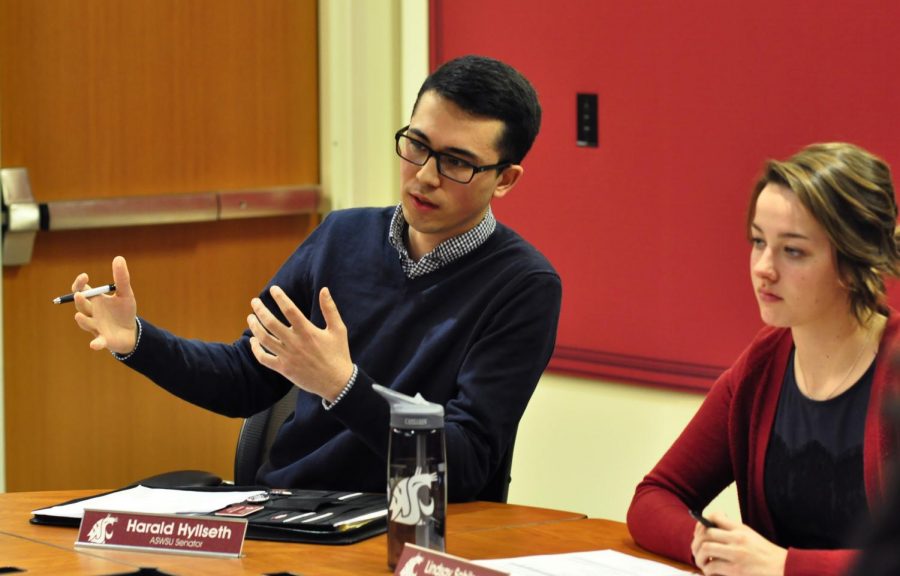 The Student Media Board decided to wait until after students vote on a student fee referendum to make any decisions regarding production cuts Wednesday evening.

ASWSU unanimously voted to put the fee on the ballot later that night. If the referendum passes, students would be charged $5 fall and spring semesters to go toward the Office of Student Media’s general operating expenses.

“Media and newspapers and journalism are incredibly important to our public discourse,” said College of Communication Sen. Harald Hyllseth, who sponsored the bill.

Since the ASWSU Senate unanimously supported the fee, it is now sponsored by the entire Senate, instead of just Hyllseth.

Student Media Outreach Coordinator Gabriella Ramos will also present the student fee proposal to the Graduate and Professional Student Association on Feb. 12. Leigh Gaskin, the GPSA delegate on the Student Media Board, said 50 to 60 percent of GPSA senators support the fee.

The board approved a back-up plan to cut print by one day per week after March 23, if students vote against the fee during the general ASWSU election.

The second option would be to cut one day of production, with no printing or staffing on the day off, except in the case of breaking news. The change had two possible start dates, but the board only considered the start date of March 23, which would save about $8,300. If the referendum does not pass, students will get to decide which day of the week they do not run.

The third option was to change the paper to a tabloid format. This would reduce the size of the paper by about 30 percent, Student Media Director Richard Miller said.

“If the referendum doesn’t pass, we’re looking at a deficit of well over $100,000 next year,” Miller said. “The only reason we’re surviving this year is that we have some reserves.”

The board touched on the idea of bringing in new revenue through a faculty subscription. Miller said they have figured out how to receive money if the subscription is put in place, but they have not promoted it yet because they are working to build a newsletter first.

Despite the uncertainty of Student Media’s future, Miller said he thought the meeting went well.

“I think we came together and hammered out some difficult decisions about the future of Student Media,” he said.