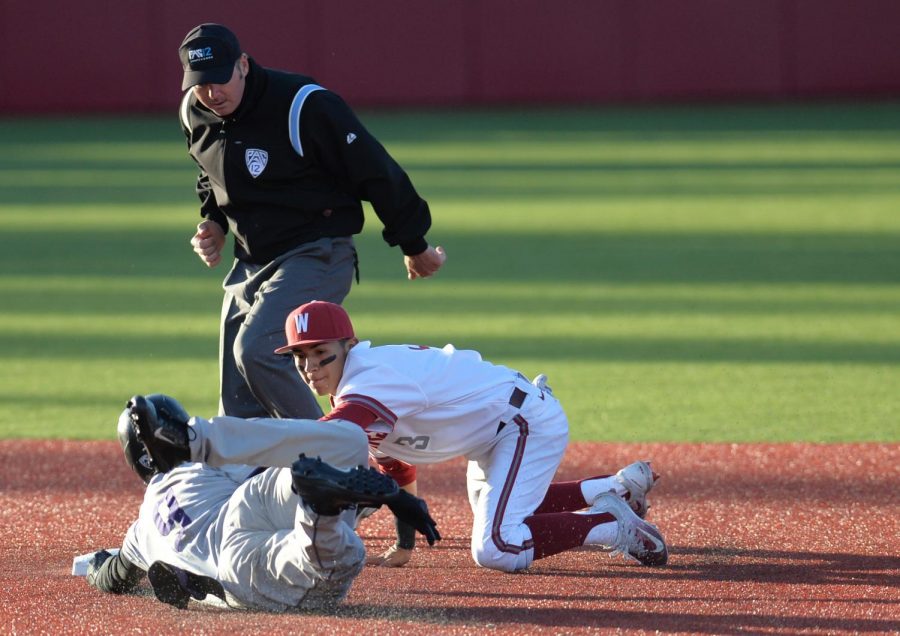 Earning All-Pac-12 honorable mention is not easy, but shortstop Andres Alvarez did just that last season.

Alvarez started all 53 games at shortstop for the Cougs last year. He led the team with 60 hits, and was second on the team with a .308 batting average. These were all great stats for Alvarez in his first year with the team, but he wants more.

“It was definitely an honor that I wasn’t even thinking about when I came here,” Alvarez said. “Now that I know a little bit more of what to expect in terms of pitching around the league, I want to be first team All-Pac-12.”

Alvarez started playing baseball when he was five years old. He said his whole family had a passion for the game, and they passed it on to him. He realized that he liked it and played well, so he continued as he grew up.

Alvarez said he looked up to former San Diego Padres shortstop Khalil Greene. Being from San Diego, Alvarez was naturally a Padres fan. He would imitate every move Greene made so he could learn to play shortstop as Greene did.

Now Alvarez does his own drills, trying to improve different aspects of his game.

“We do a lot of back hands, plays on the run and positioning drills to make all the plays we can,” Alvarez said.

He said before practice starts, the infielders do some early work and perform these drills. They throw a baseball off a net, which sends the bouncing ball back toward them, helping them practice receiving.

Alvarez said all of these drills improve his ability to field every ball that he can get his hands on, and position himself correctly to make a strong, accurate throw to any base.

Head Coach Marty Lees said he impacts the team on and off the field and is emerging as a leader.

“[Alvarez] has become a great leadoff hitter for us, and I can’t think of anything that isn’t great about him,” Lees said.

Alvarez said he chose WSU because of Head Coach Marty Lees and the rest of the coaching staff. Lees is one of the best coaches in general, he said, and specifically one of the best infield coaches around.

Alvarez said he talked to Lees even before he was recruited, for tips on how to improve his game. When it came time to choose where to go, he said WSU was the perfect fit.

Lees said watching him field ground balls on a daily basis and seeing how much stronger he has gotten makes him believe Alvarez will be even better this year.

“He is a tireless worker, it really means something to him to be a shortstop in the Pac-12,” Lees said.

Making the transition to college was difficult at first, Alvarez said, because it was such a dramatic change compared to the laid-back schedule in high school.

“You have no free time being an athlete, especially second semester, because we miss so much class,” Alvarez said. “You really have to be on top of it, but it is definitely worth it.”

Alvarez said this season, his goals are not all personal ones. His biggest objective going into the 2018 season is for the Cougs to make regionals.

Lees said if Alvarez is performing at a high level then the Cougars will reach that goal.

“We want him to get better to help us succeed our goals of winning. It’s a two-way street,” Lees said. “There has to be some want behind the other side. That’s what we’re happy about with him … he has big want.”