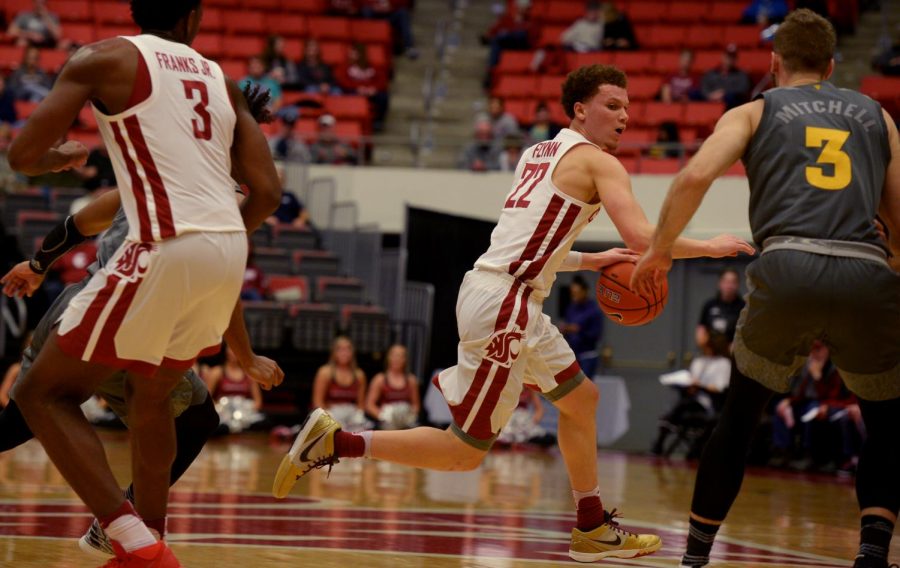 The turnover bug bit WSU men’s basketball yet again in its 88-78 loss against No. 25 Arizona State University on Sunday.

Excluding the Cougars’ 18 turnovers, the team had one of its better offensive performances.

Junior guard Viont’e Daniels tied his career-high 18 points, junior forward Robert Franks checked in with 18 as well and sophomore point guard Malachi Flynn erupted late in the game with 19 of his 22 points coming in the second half.

But ASU’s 34 points generated off of WSU turnovers was more than enough to get the job done for the Sun Devils.

“Eighteen turnovers to give up 34 points, you’re not going to beat a lot of people,” WSU Head Coach Ernie Kent said. “Not only giving up the 34 points, it’s the fact you allow them to shoot 70 percent because those are just open court layups that we couldn’t even defend.”

For most of the first half, WSU controlled the game due in part to the Sun Devils’ inability to find the bottom of the net from three-point range.

It was only a matter of time before ASU found its momentum. In the first 10 minutes of the game, ASU shot 0-6 from behind the three-point line and for the remainder of the game they made 8-18.

WSU was further hindered by poor interior defense, giving up easy dunks and layups to ASU redshirt freshman forward Romello White. The Sun Devil athlete finished 10-11 from the field with all his 21 points scored in the paint and at the free throw line.

“We were conceding the post, and he’s a really good player,” Franks said about defending White. “When he puts his back to the basket, he can make it very easy for himself. That’s on my part and I got to front the post. That goes for all our bigs.”

The Cougars managed to take the lead for four minutes in the latter portion of the second half, but several turnovers from Flynn surrendered the Cougars’ lead. Kent alluded to the teams’ lack of experience as a key factor in the inability to close out games.

“For us it’s frustrating, and I think it is frustrating for fans as well,” Kent said. “But we are going to keep teaching, and people continue to talk to me about how they need to gain experience. That experience needs to come this year. They need to learn how to close out games this year, because it will make it easier on them next year. We can’t wait and we don’t need to wait.”

After dropping both games to the Arizona schools at home, WSU will gear up for a two-game road trip where they will play Oregon State University on Thursday and University of Oregon on Sunday.