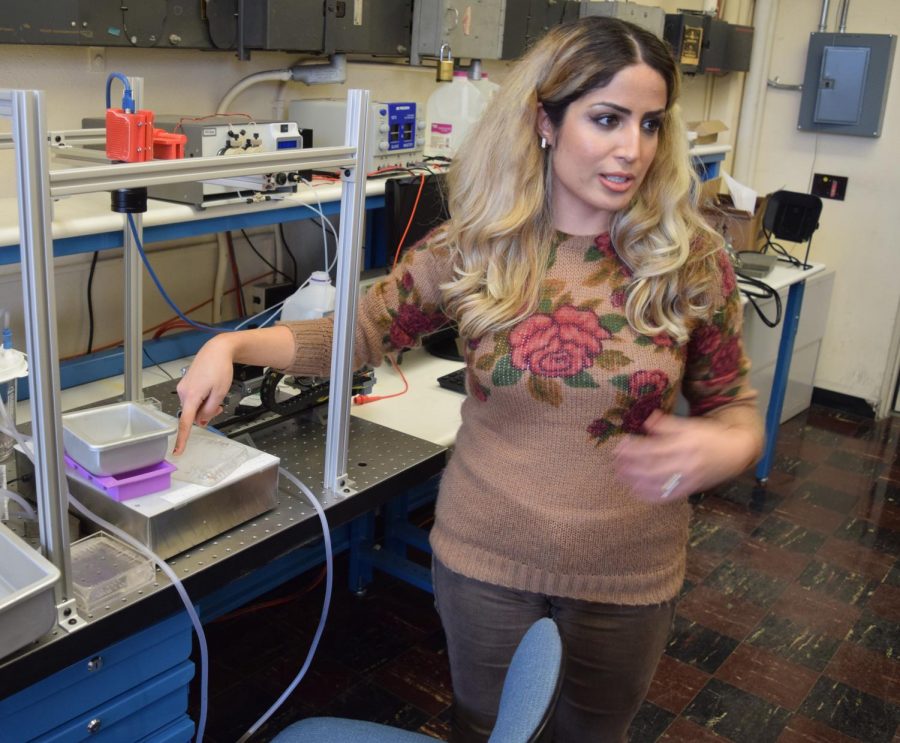 AWSU research team is developing steerable needles that use waterjets to reduce tissue damage and lower the risk of infection in medical procedures.

John Swensen directs WSU’s Modeling, Motion and Medical Robotics Laboratory, or M3, which is developing needles that can be controlled by medical robots. Though other universities across the country are developing similar needles, Swensen said he and his team are trying to create a more efficient pathway through the body tissue.

His lab created a new approach by using a waterjet, allowing them to direct the needle exactly where they want it to go. This method also eliminates resistance, making it easier to press the needle in further.

“We’re at a point where we’ve proved it works,” said Swensen, an associate professor who has a doctorate in mechanical engineering.

Waterjets can cut through steel like paper, but can also work on a small scale and cut gently through human tissue.

“We are using the waterjet for its unique features,” said Mahdieh Babaiasl, a graduate researcher persuing her doctorate in mechanical engineering.

Her role on the team is to develop the waterjet’s efficiency. The cut depth is now controlled by how fast the waterjet runs, Babaiasl said.

Swensen and his team use an alloy needle made of nickel and titanium. Its elastic yet rigid structure allows it to spring back to its original form.

Flexible needles, with no steering ability, tend to follow the flow of tissue as they curve once inserted. This is particularly troublesome in soft tissues like the brain. Swensen compared it to how a flexed hand put outside a car window will follow the airflow.

Current medical needles are uncontrollable and can damage tissue surrounding the target site or puncture a nearby organ. The further a needle goes into tissue, the harder it is to continue pressing it in, due to the increasing force on the tip of the needle.

Swensen and his team have patented their design and are working on applying their research to improve various medical procedures, like liver biopsies and tumor ablation. The team is testing its research on tissue-like gel and will move to animal organs soon. They hope to someday perform clinical trials on humans.