Claeys gets second chance to prove himself at WSU

Claeys supported player boycott while serving as head coach in 2016 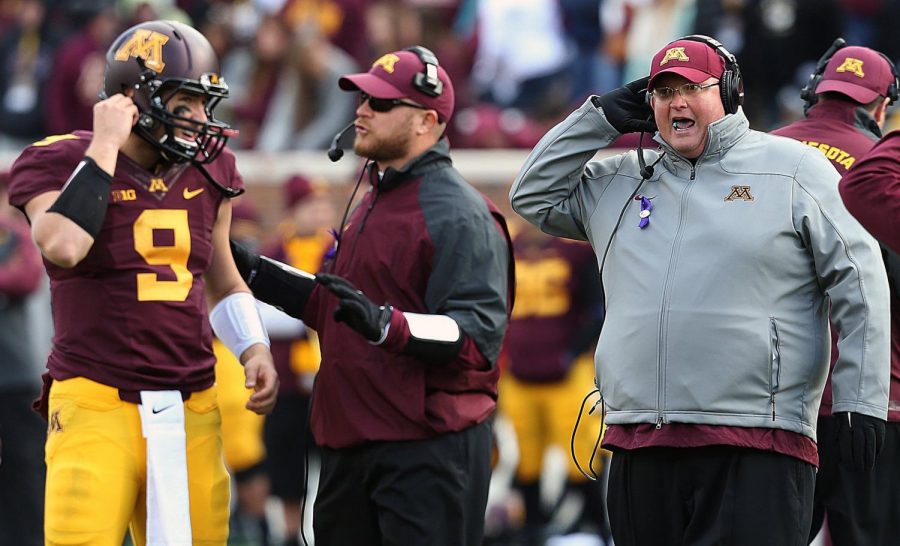 The recent hire of Tracy Claeys as WSU’s new defensive coordinator is controversial after the way things ended at University of Minnesota.

Claeys was hired in mid-January after former defensive coordinator Alex Grinch left for a position at Ohio State University. In terms of relieving the damage done by Grinch’s departure, the Cougs probably hired the best defensive mind they could under the circumstances.

But the real dilemma is his involvement in a player-led boycott in 2016 after 10 Minnesota players were suspended amid accusations of sexual assault.

Initially after the players were suspended, the rest of the team wanted to boycott the 2016 Holiday Bowl, ironically against WSU. Claeys backed his players and joined the boycott, tweeting that the accused players did not receive due process. Soon after, a detailed report of the alleged assaults went public, showing the players were more at fault than people originally believed.

Though he later rescinded his support of the boycott after learning more information about the alleged assaults, this incident painted Claeys in a bad light. Minnesota ended up playing the game with 10 of their players suspended, ultimately beating the Cougars 17-12. Claeys, who was serving as head coach that season, was fired shortly after the bowl game and the boycott.

After a year of unemployment, Claeys is back to his roots as a defensive coordinator.

Claeys became a prominent and respected name under Jerry Kill, who has coached for more than 30 years at nine different universities. He worked with Kill first at Southern Illinois University from 2001-2007, where he was defensive coordinator. In 2004, the Salukis led the nation in scoring defense, allowing just 13.2 points a game.

When Kill was hired at Northern Illinois University in 2008, Claeys followed suit to become their defensive coordinator, where in his first season the Huskies led the Mid-American Conference in pass defense, scoring defense and total defense.

The two of them were finally hired at a Power Five school in 2010 at University of Minnesota. In 2013, Claeys was nominated for the Frank Broyles Award, which is given to the top college assistant. He gained respect from the coaching staff and was promoted to associate head coach prior to the 2014 season. During his tenure, Claeys transformed the Gopher defense into a consistent power in the Big Ten Conference.

Now Claeys’ journey brings him to the West Coast. He will be reunited with WSU defensive line coach Jeff Phelps, who he worked with from 2006-16 at NIU and U of M.

“To be back with coach Phelps means a lot to me,” Claeys said in a conference call. “He’s a great coach and had a lot of influence in my decision to come here.”

In terms of schematics going forward, this is the first time Claeys has the defensive groundwork already laid out for him, due to Grinch’s revitalization of the WSU defense. At the finish of the 2017 season, the Cougars were 13th in total defense, sixth in passing yards allowed and tied for ninth in turnovers forced in the nation.

Claeys made it clear that he will only incorporate a few minor adjustments to the defense, as the athletes he has at his disposal have learned a system that plays to their strengths. Some of those tweaks include a greater focus on scoring defense, third-down defense and red-zone defense, whereas Grinch emphasized scoring defense.

“We’ll get to spring ball, find out what our kids do best,” Claeys said. “And whatever that is, we will line up and do that on Saturdays.”