Strategizing, dodging way to a victory

Teams are made up of six players, games are best of seven series 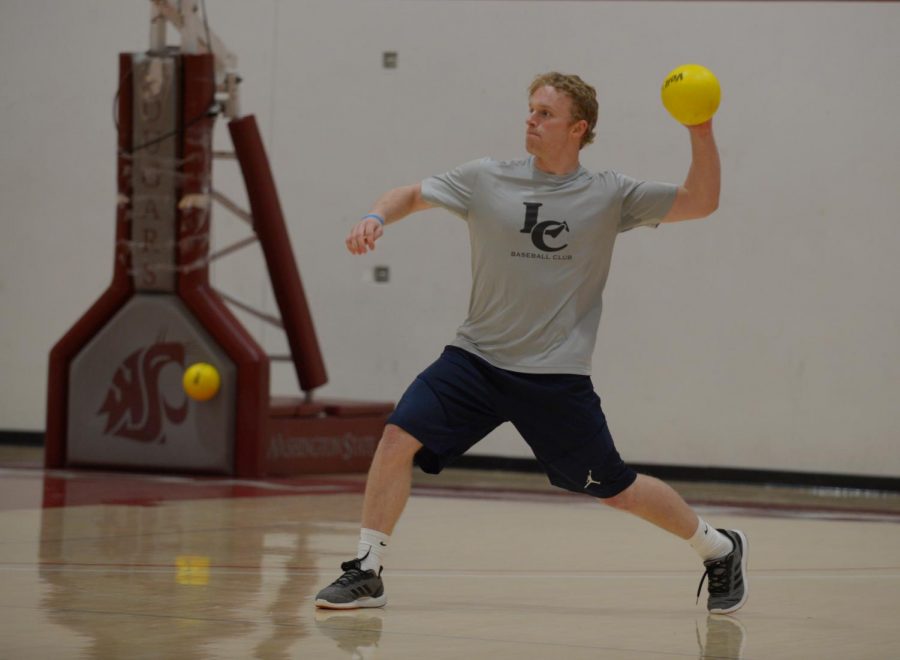 Quinton McDaniels throws the ball during a warm-up session of dodgeball Monday at the Physical Education Building.

Dodge, duck, dip, dive and dodge. The five D’s of dodgeball are essential to Average Phil’s success in intramural dodgeball.

Junior Josh Free was a master of each component in the first match of the season, and deemed himself the bait for the other team. He would run in front of players on the court, provoking the other team to throw, and then managed to dodge every ball. This left the opponents close to the mid-court line and vulnerable.

“I’ve learned everything I know from multiple viewings of the movie ‘Dodgeball,’ ” Free said. “I never practiced at all before mastering the sport of dodgeball; some say it’s a God-given gift.”

Junior Quinton McDaniel threw sidearm to put spin on the ball, while junior and team captain of Average Phil’s Hunter Hartley, used his above-average catching ability to keep his team in the game.

“If I catch a ball,” Hartley said, “it gets whoever threw it on their team out, as well as someone who was out on my team back in.”

The series was tied at one a piece between Average Phil’s and Dip Duck Dodge when the former figured out their style of play. Once they were clicking in all aspects of the game, they won four games to one.

Many consider dodgeball the ultimate intramural sport, Hartley said, because it is a fun environment and brings back memories of childhood games.

Dodgeball games are best-of-seven series and teams can have up to six participants. Out of all 35 teams in the intramural dodgeball league, only one can win it all. The victors get an intramural champion T-shirt, as well as bragging rights.

Average Phil’s next dodgeball match will take place at 5:45 p.m. Monday in Physical Education Building, Room 144, where they will look to bring their record on the young season to 2-0.