Cougars will attempt to contain two OSU forwards, get revenge against Beavers 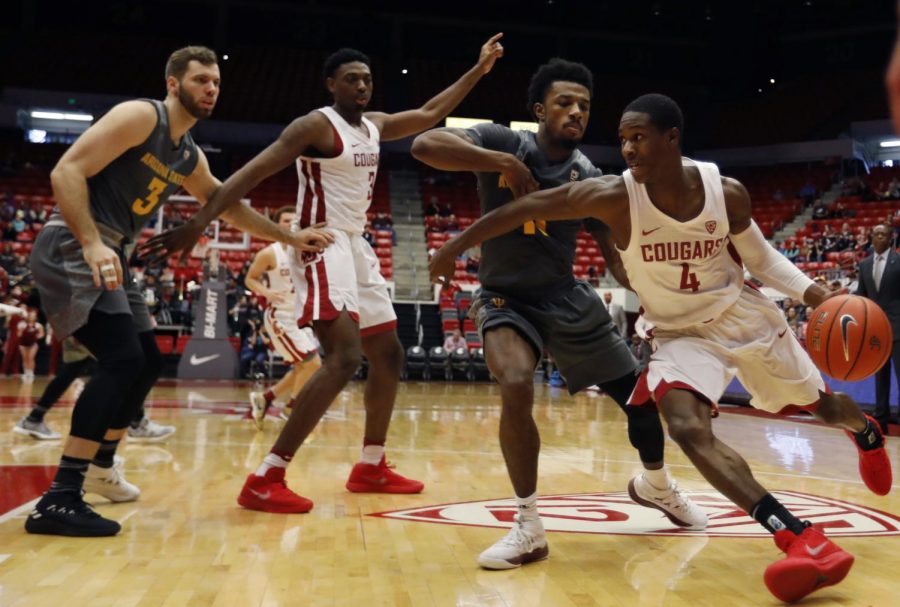 WSU men’s basketball players feel they are a much better team than they have shown this season, specifically talking about their most recent loss against No.25 Arizona State University.

The team had 18 turnovers in their last game and limiting those lost possessions has been a big point of emphasis going into Thursday’s game against Oregon State University, junior forward Robert Franks said.

Franks said that looking back at the film, the team must learn from their mistakes and how being careless with the ball has hurt their chances of winning games in the past.

“It starts in practice putting ourselves in those situations,” Franks said. “We have to take care of the ball.”

He said Eubanks is their big, athletic player, and Tinkle is a wing that can put it on the floor and drive by defenders as well as pull up and shoot.

“They have a great inside-out game,” Pollard said. “They give it in to Eubanks, and when the defense collapses on him he kicks it out to a driving teammate or someone who can shoot.”

Pollard said that the main way to slow down the Beavers’ offense and to keep Eubanks from taking over the game is to keep the ball out of his hands and limit his touches.

Tinkle was injured the last time the Cougs and Beavers met, which gives WSU something new to prepare for and focus on.

Both Franks and Pollard said the Beavers have an advantage with Tinkle on the court and as a threat from the outside. Tinkle is shooting 46.4 percent from the field this year and averaging 18 points per contest.

Although it has been a rough stretch for the Cougs, they aren’t feeling the pressure of winning heading into this game, Pollard said. They know they have to figure out what is necessary to win the game, go out there and execute the game plan.

“The pressure isn’t on us to end a losing streak,” Pollard said. “It is on Oregon State because they don’t want to be the team we end it on.”

WSU hasn’t won a game at Oregon State since 2013, but the team believes they are a few plays away from turning losses into wins and finishing the season strong, Franks said. The Cougars hope slowing down the Beavers’ key players will make the difference come game day.

“I definitely think we are very close,” Franks said. “We are a couple missing things away from a perfect game. We’re hoping it comes together on this Oregon trip.”

Tipoff is set for 7:30 p.m. Thursday in Corvallis at Gill Coliseum. The game can also be seen live on Pac-12 Networks.