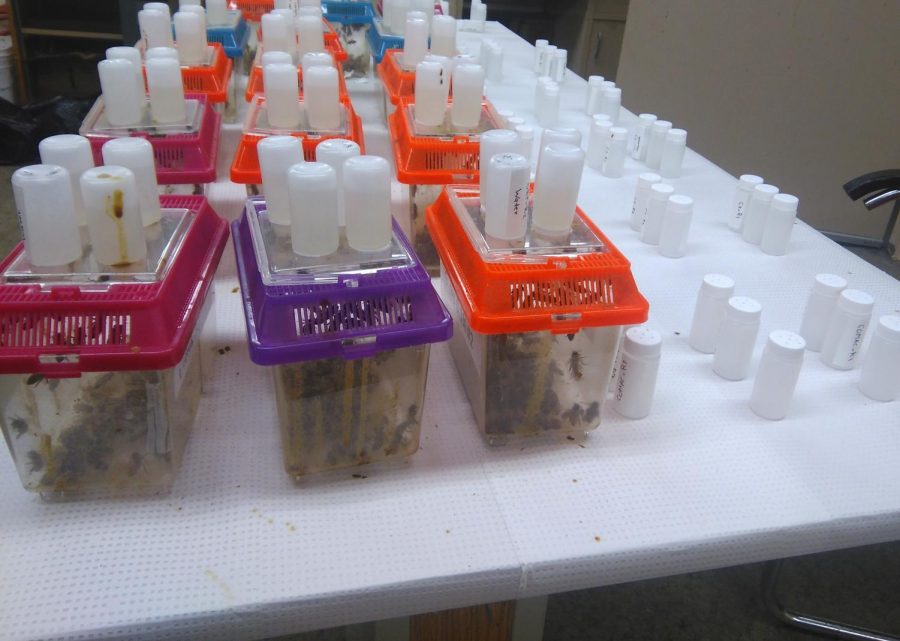 Two WSU researchers won $10,000 in a competition for their development of a food supplement that protects honey bees from toxic molecules in pesticides, insecticides and herbicides.

Waled Suliman, a postdoctoral researcher in the biological systems engineering department, and Brandon Hopkins, an entomology department assistant research professor, began developing the idea in 2016, hoping to create a tool to help keepers protect their bees.

“We know [the food supplement] works because the chemistry is all worked out,” Hopkins said.

The research showed the supplement was safe for bees to consume because its carbon molecules can harmlessly pass through their digestive system, he said.

The finished product is still a year or two from reaching the market, Suliman said. Changes are still being made to ensure peak efficiency.

The hope is that this food supplement can prevent the loss of bee colonies, Hopkins said.

Many crops in the United States require bees to pollinate the flower and pesticides to protect the crop against harmful insects, Hopkins said. It is important to understand that bees and pesticides need to co-exist, as they both play a necessary role for agriculture production, he added.

According to the USDA Natural Resources Conservation Service website, about 35 percent of the world’s food production relies on animal pollinators to reproduce.

The community can also help by planting flowers on their property to help increase the bee population, Hopkins said. However, while planting flowers helps, using pesticides incorrectly is harming the bee colonies, he added.