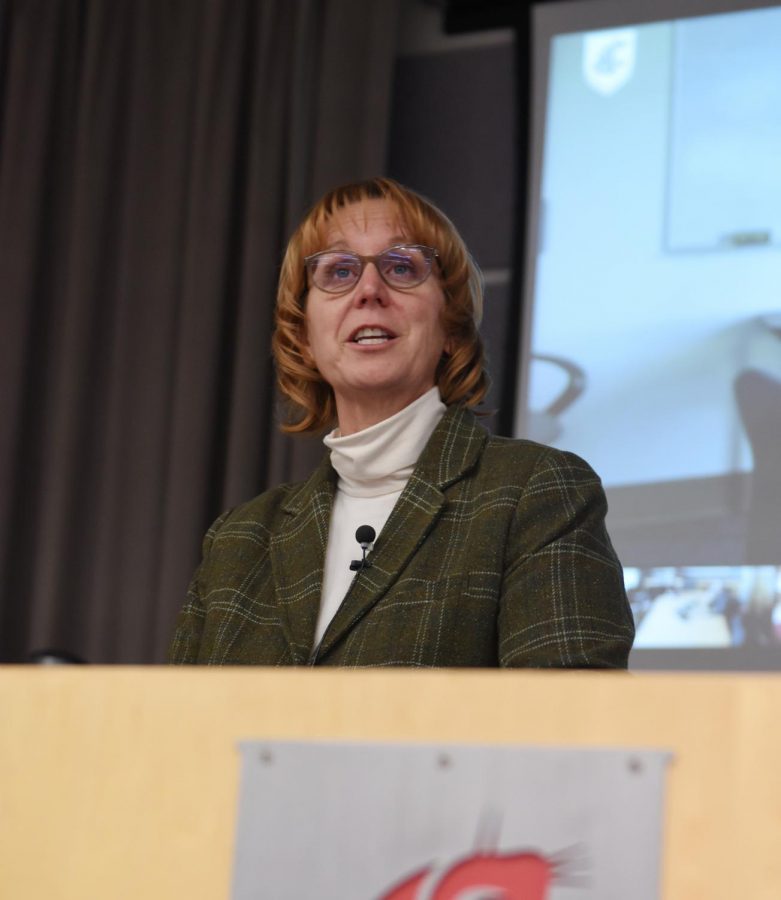 Faculty Senate Chair Judi McDonald read aloud financial figures at a Jan. 25 Faculty Senate meeting outlining a series of forgiven loans within the university, which are some of the root causes of WSU’s current financial woes.

The university’s reserves were used to forgive loans totaling $48.9 million during late President Elson S. Floyd’s presidency, according to figures compiled by the President’s Office

A variety of sources, including tuition dollars, gifts and state appropriation, make up central reserves.

Recent investments in new buildings also put a big dent in funds, Weiler said. He said the Washington State Legislature funds the construction of the buildings, but not the maintenance and operations, so the university is now struggling to pay for employees  who upkeep the building.

Since reserves have been drawn down to such a degree, Weiler said. It is now difficult to deal with budget issues.

“We need to be in that saving mode as opposed to that investing mode,” Weiler said.

85 percent of the expenses that the university spends every year has to do with personnel costs, he said. Most employees are paid by that state, Weiler said, and even if an employee leaves or retires, the state still funds their position’s salary and benefits. This means if employees stop working, one of the best ways to build up reserves is to leave the positions open for a while and allow state money to collect in reserves, he said.

Weiler, who was not at the university during Floyd’s presidency, said loan forgiveness is within the powers of the president, but because Floyd died shortly after he made the decision to forgive the loans, it is hard to know if he had a long-term follow-up. He said many people did not seem to know that he was terminally ill and there was not a chance for a proper transition between presidents.

The Board of Regents were involved in approving major expenditures like the Elson S. Floyd Cultural Center and SPARK building, he said, but he does not know if they played a role in Floyd’s decision to forgive the loans.

Weiler said Schulz feels it is important for the Regents to have good insight into the budget and wants people to see what the budget looks like through resources like the fiscal health website.

He said now the administration needs to figure out how to fund on an ongoing basis.

President Floyd forgave $26.7 million in internal university loans for a variety of different projects including

Additionally, WSU did not have the following expenses budgeted, which resulted in $22.2 million additional deficit