Escaping the stress of college by playing basketball 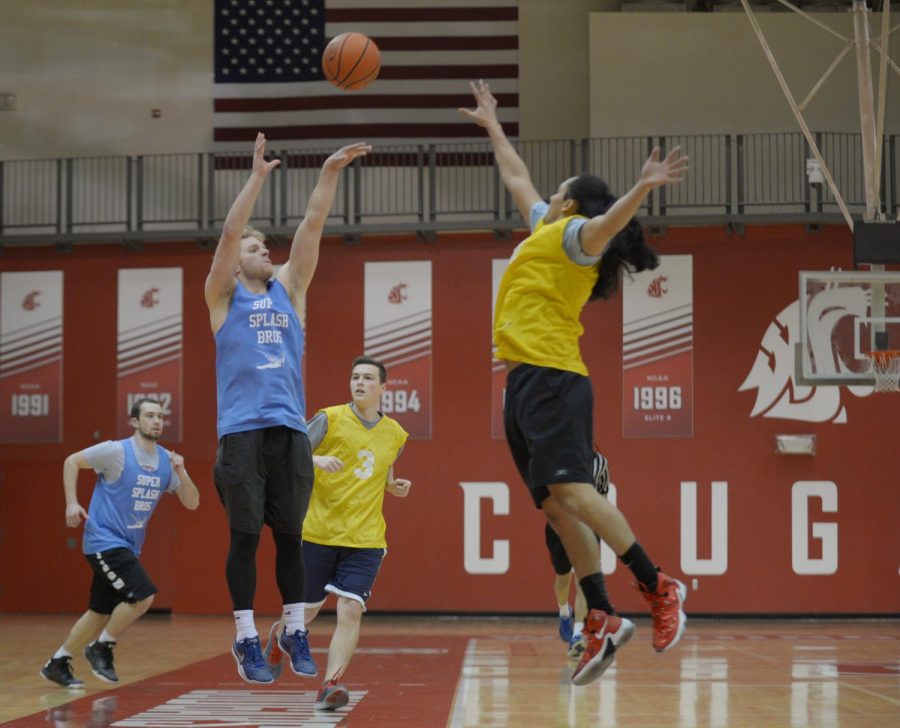 The Super Splash Bros met up with Dalty and His Ballers in a competitive division intramural men’s basketball game Thursday in Bohler Gym.

Super Splash Bros won the game by a score of 58-48, bringing their record on the season to 2-0. Junior Tyler Bogh said he was happy about winning this game, but won’t be satisfied until they get the intramural champion T-shirts.

“This win felt OK, but my teammate Quinton didn’t pass the ball on offense enough to go all the way,” Bogh said. “I try to bring my intelligence of basketball to every game to help us win.”

Bogh gives his all and expects his teammates to do the same in order to win every game, he said. He started playing basketball at 3 years old and said the main reason he plays intramurals to stay in shape.

Most people are not as intense about intramurals, as is the case for seniors Brandon Kennedy and Dalton Nield of Dalty and His Ballers. Both Kennedy and Nield said they are just playing intramurals to get away from the stress of school.

Kennedy, who has been playing basketball since he enrolled in youth basketball leagues, said he tries to take full advantage of being able to play in a competitive league after high school.

As for Nield, he stopped playing competitive basketball after eighth grade, but said he still enjoys the environment surrounding intramurals.

“I play intramurals to have fun with my friends,” Nield said. “It is nice to have more structure in games than what playing at the rec center provides.”

Sophomore Drew Seabrands on Super Splash Bros said the league is for recreation, but that doesn’t mean he isn’t thinking about the trophy at the end.