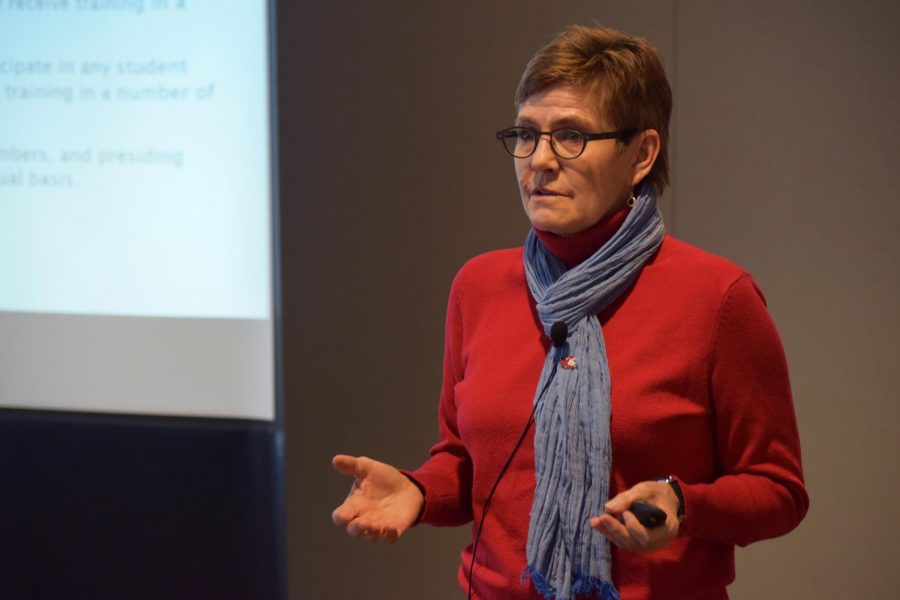 According to the Student Conduct Process Task Force Report presented at an informational session Wednesday, 75 percent of those who participated in the performance survey took issue with the current board and process.

Just 9 percent felt the process was fair, leaving 16 percent who felt neutral. One of the comments about the process was from a former conduct board member, who said it was “very confusing, multi-layered and lacking clarity,” according to the report.

Some of the recommendations and review stem from several cases in recent years, including a 2014 case where a 40-year-old graduate student was charged with violating WSU’s code of conduct for sexual contact with a minor.

The student sued and the Washington Court of Appeals ruled against WSU, saying the university barred him from questioning witnesses and issuing subpoenas during his initial hearing.

Garret Kalt, vice president of ASWSU and task force member, said one of the main recommendations he advocated for was to provide affirmative and supportive language to students who go through the conduct process.

Kalt said all board members and administrative law judges go through specific trainings, but the task force wants to ensure they are frequently renewed. Trainings include cultural competency and implicit bias, as well as sexual assault and gender-based violence prevention.

“Trainings [are] to educate people who are helping oversee this process,” Kalt said. “To make sure that they’re being the most fair that they can be.”

Jim Mohr, task force co-chair and WSU Spokane’s vice chancellor for Student Affairs, said names of the board members will be shared at least 10 days in advance of a hearing, and any party can request a board member to be withdrawn if a conflict of interest exists.

Another recommendation, Mohr added, is to have the Office of Student Conduct create a public annual report that will include a numerical breakdown of how many cases are handled. Creating educational videos and a flow chart about the conduct process will help the students understand, he said.

In section 32 of the report, the task force recommended continual oversight and accountability of the board.  An advisory board appointed by the president would create demographic reports concerning who is being referred to them, and conduct surveys of students who have been through the process, Mohr said.

“Thirty two really just ensures that the conversation doesn’t stop here,” Kalt said. “We want to continue to improve this process, and hopefully with this advisory board we will be able to really look at the process and how it changes year to year.”

If the Board of Regents approves the WACs in June, according to the Student Conduct Process Task Force Report, they will go into effect next school year.

Vice President of Student Affairs Mary Jo Gonzales, who is on the task force, declined to comment during the session.

The task force is touring all the WSU campuses over the next three days, Youlden said.

An earlier version of this story incorrectly stated the Board of Regents would consider student conduct recommendations in March. The Regents will consider the changes in June, following a public hearing.