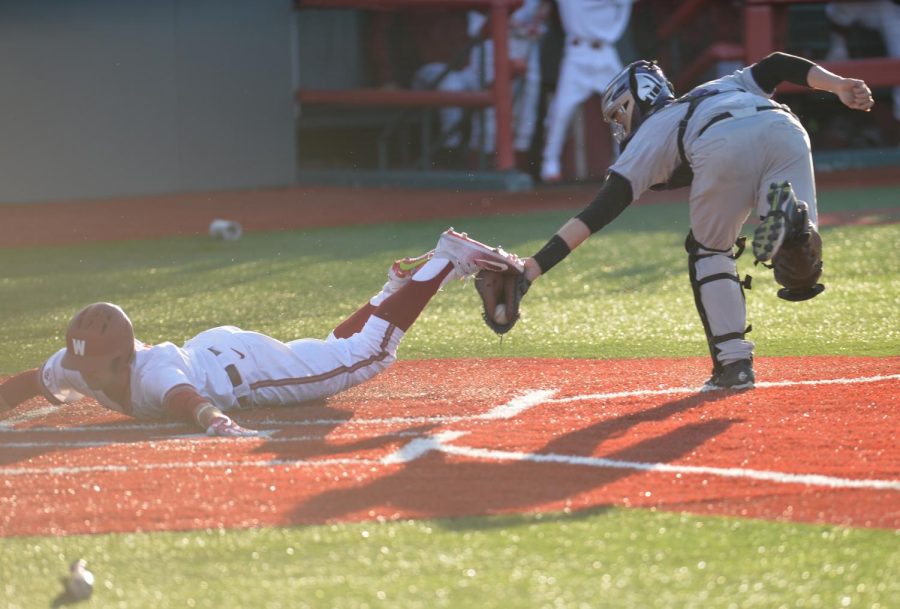 WSU baseball (0-2) lost to University of Nebraska (2-0) on Saturday in the second game of a weekend series in Tempe, Arizona.

Senior left-hander Cody Anderson started on the mound and shutdown the Cornhuskers bats through the first three innings but ran into trouble in the fourth. A walk, two singles and a sacrifice fly gave Nebraska a 2-0 lead after four innings.

Nebraska scored again after a fielding error by Anderson in the top of the sixth to make it a 3-0 game. The Cornhuskers would again receive help from WSU in the top of the seventh, after two more errors, a hit by pitch and a wild pitch allowed Nebraska to push across five runs and take a commanding 7-0 lead.

WSU struggled offensively all game long. As a team they recorded only four hits, with three of them coming from short stop Junior Andres Alvarez. The Cougars scored their only runs in the top of the ninth, using four walks, a hit by pitch and a wild pitch to make it an 8-3 game.

Sophomore Dillon Plew recorded three walks on the day and sophomore Cal Waterman added two of his own. The Cougars drew eight walks in total but could not string together enough hits to push across more runs.

The weekend series in Tempe concludes tomorrow with a double header. The first game begins at 11 a.m. against Nebraska followed by the finale at 3 p.m. against UC Riverside.