Pullman hopes to expand with 2040 plan 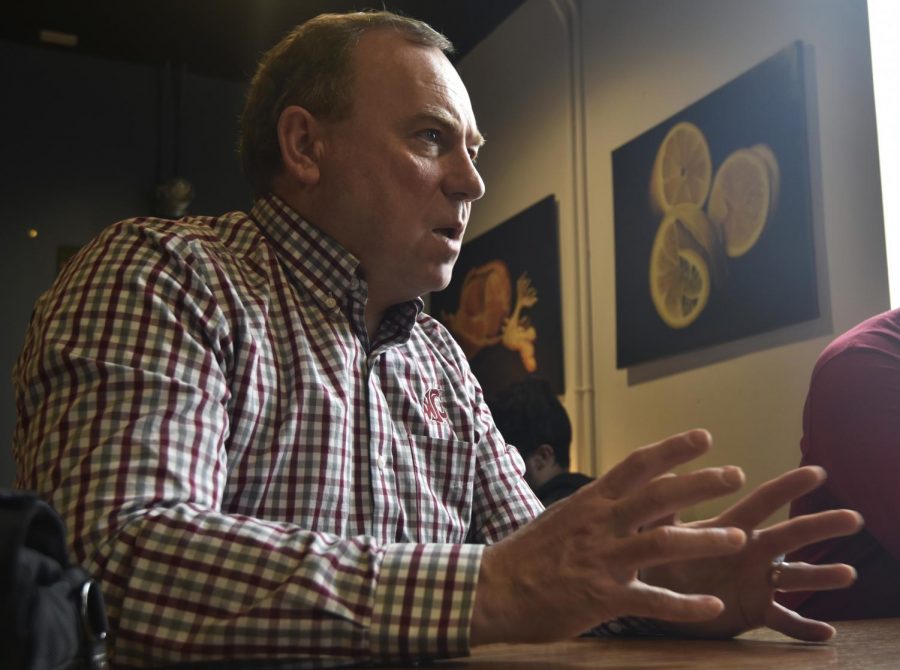 Pullman 2040 Co-Chair Francis Benjamin says he and fellow Co-Chair Garren Shannon started the 2040 projects with the intention to improve downtown’s economy and the community at large.

The community and identity area is working to improve downtown Pullman by decreasing the number of vacant buildings, increasing public art and working toward a more vibrant, livable and walkable downtown, Shannon said.

He said they don’t have a concrete plan to achieve those goals yet, but they are working with local businesses to develop ideas.

Rico’s Pub has been located in downtown Pullman for over a century and has seen many of the changes in Pullman over time, former owner Roger Johnson said. The decrease in business started decades ago with the reduction in agricultural workers.

“The whole reason [for] Pullman 2040 is because there has been systematic decrease in business since the 1960s in downtown [Pullman],” Szumlas said.

Many downtown businesses are working together to bring in more clientele, Szumlas said. She added that a program like Pullman 2040 is needed to bring customers back to the local businesses.

“Pullman right now is making its most [valiant] attempt to do more than just tread water,” Szumlas said. “I really like it and it needs to happen.”

Some of the projects are expansions to improve established businesses or facilities such as the airport and Pullman Regional Hospital, and others are new projects, including building a skill center and retirement housing. The new projects will take a few years to complete, Benjamin said.

Pullman Regional Hospital’s new physician residency program, set to be approved in April, is part of the health and safety priority area, Benjamin said. The steering committee has been assisting the hospital to reach its goal of obtaining a residency program, he added.

Another project they hope to assist, Shannon said, is Pullman School District’s specialty skill center plan, which would create an option for high school students and graduates outside of a four-year degree. The community will be adding their input on the design of the skill center through another survey the steering committee will send.

Shannon said the committee wants to continue to make Pullman a town that values education, diversity and safety. They hope to fund projects from grants, city tax dollars, state funds for transportation or local businesses, he added.

“All of these ideas follow through a single voice speaking for the community,” Shannon said. “Not his or her idea — it is a community voice, and that is very powerful.”

Pullman is only growing, and the town needs to look for opportunities to improve itself, said Chelsea Whitney, owner of Poppy Salon & Spa in Pullman.

She added that businesses need to take the chance and open in downtown and not in a shopping mall.