State must budget for better maintenance

Renovation necessary on dozens of buildings, but state does not provide enough funding for upkeep 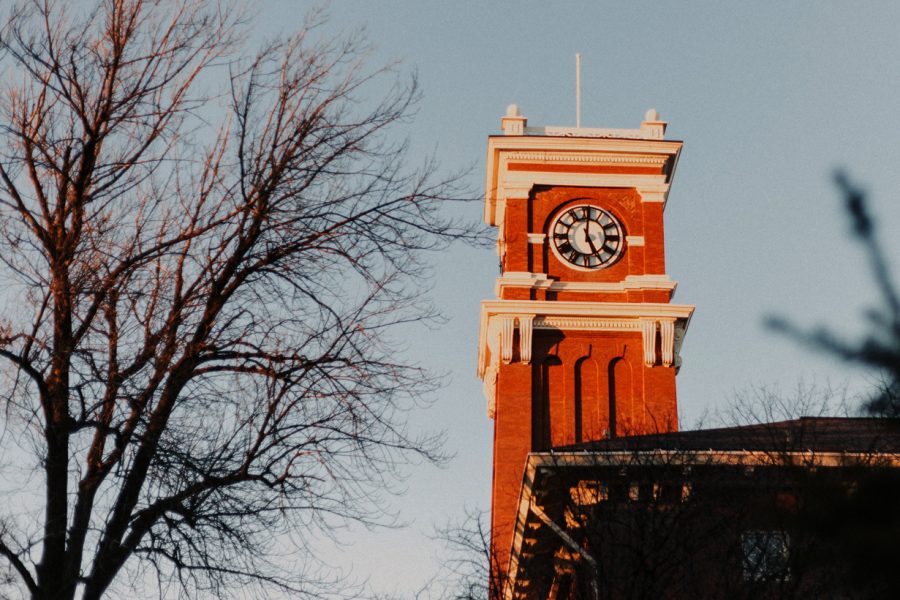 Bryan Hall is one of many buildings that, because of a maintenance deficit, would be cheaper to replace than to perform repairs.

With funds being low at WSU, it is important for administration to carefully consider their budget priorities and make decisions that will result in the best outcome for students and staff alike. However, this goal can’t always be achieved due to limited funding from the state, as reflected in the budget of departments like Facilities Services.

“In today’s environment, everybody is just so tight for funds,” said Dan Costello, assistant vice president of Facilities Services. “I don’t want to be just one more guy or one more department that says, ‘I’ve got to have more money.’ ”

Costello is responsible for managing construction, maintenance and custodial services, as well as the steam plant, among others. According to Costello, the funding Facilities Services receives for operations is about 25 percent below the averages of peer universities in the Pac-12. This translates to WSU spending an average of $5 million less than other universities.

Practically speaking, this reduction in funds for maintaining university facilities results in greater deterioration of academic buildings, electrical systems and water distribution. All of these projects fall under the category of deferred maintenance, representing the total amount of money needed to bring those facilities into good condition.

As of right now, the deferred maintenance deficit for WSU is $1.2 billion, a figure that Costello says is fairly average for a university but would be reduced if more resources were available to his department.

About 74 percent of all of the university’s buildings are more than 25 years old. Almost a third of state-funded buildings are in the category of “managed decline,” meaning that the cost of repairing and updating them is equal to or greater than the cost of replacing them outright. Among them are key academic structures like Neill, Bryan and Sloan Halls, as well as the Holland Library.

Performing maintenance on buildings in this way is like controlling the speed of a sinking ship by bailing water out just fast enough to keep it from being completely swallowed.

As a result of budget reductions from the latest operational budget request made to the state last June, Costello has had to make changes to live within new boundaries. Most of these changes have been to staff: Costello eliminated several administrative and janitorial positions.

A large portion of the problem is a result of the state not appropriating funds to WSU. Costello said that many times legislators won’t approve funding to do maintenance on buildings that they didn’t pay for through capital budget funding. This lack of flexibility on the part of state lawmakers means that universities have to be more creative to stretch their limited funding.

On top of the limitations from the state, starting next year Facilities Services has to limit their spending by 2.5 percent, and 5 percent the following year. Costello seems optimistic that they will be able to function within 2.5 percent, but that 5 percent is where it will get more challenging.

One way that the cost of renovations can be strategically reduced is through construction methods like the Troy Hall renovations, where the majority of the structure is kept intact while the interior is gutted, instead of  totally replacing the shell of the building. This cuts down on costs and allows buildings with history on campus to maintain some of their original historical architecture.

Both state legislators and administration ought to be held more accountable for the way they take care of our facilities. The state ought to devote a larger portion of their budget to education, and WSU officials should make decisions that prioritize the health of our campus.

We deserve to learn in spaces that aren’t going to fall apart around us.