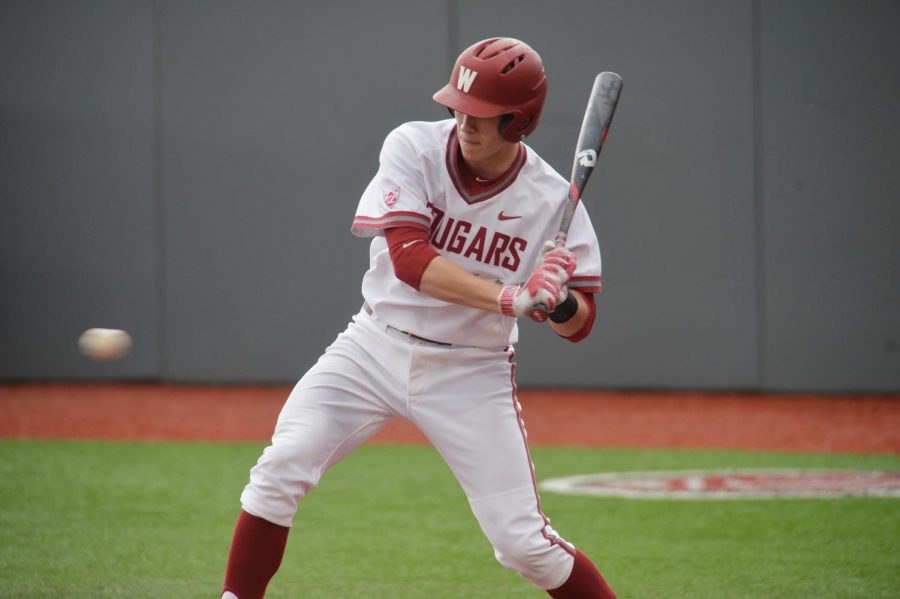 The Cougars went 2-3 on their first road trip of the season and now head to Tuscaloosa for a three-game series against University of Alabama.

WSU most recently defeated Grand Canyon 5-4 after junior Justin Harrer hit a single in the top of the ninth inning to bring in sophomore Dillon Plew for the game-winning run.

Junior right-handed pitcher Nick Strange picked up the win entering the game in the eighth inning and finishing out the ninth. Strange said it was exciting to pitch at these different venues after coming to WSU from Northwest Nazarene University, a Division II college located in Nampa, Idaho, this summer.

Strange said despite the pressure, he was able to find his rhythm when he entered the game.

“The change-up worked, being able to have that coming off my curveball makes all of my pitches look good,” Strange said. “I just found that pitch this year, so it helps to just come out and play one pitch at a time.”

Alabama is undefeated on the season, with three wins over Valparaiso University and one over Middle Tennessee State University.

The Cougars left eight runners on base in their first game of the season, and in their second game gave up six unearned runs off three errors.

WSU’s scoring was contained in the first three games, but the team has found its stride in the last two, scoring a combined 12 runs. Strange said it was nice to see key players having clutch performances for the Cougars on offense early on in the season.

In WSU’s first win of the season against UC Riverside, they were down 6-1 heading into the seventh inning. They scored two runs in the seventh, and with two outs in the eighth inning, scored four more to take a 7-6 lead.

Senior right-hander Ryan Walker earned his 10th career relief win in this game, tied for fourth most in WSU history.

In the first five games, the Cougars have shown an ability to jump on teams early, as well as come from behind to win games, something Head Coach Marty Lees said he wanted to see out of his players prior to the start of the season.

The series against Alabama begins Friday with a double header, the first at noon and the second at 4 p.m. in Sewell-Thomas Stadium. The final game will be played at 11 a.m. Saturday.

This story has been updated to reflect that Northwest Nazarene University is a Division II university and not a junior college.