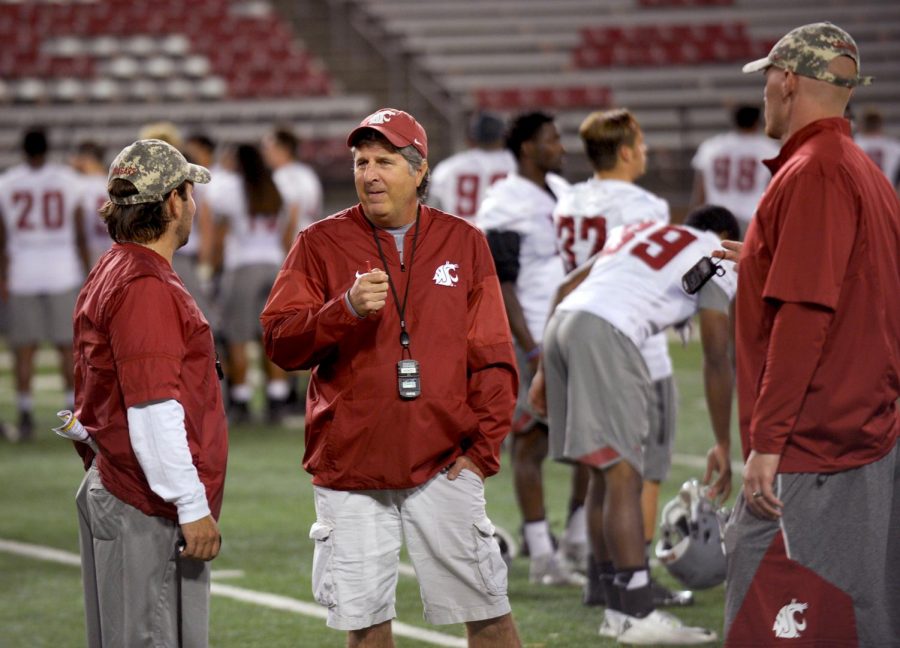 WSU Head Coach Mike Leach officially announced the addition of four assistant coaches to complete his staff for the upcoming season in a WSU news release.

“We are excited to have our coaching staff finalized and in Pullman,” Leach said in the release. “The amount of interest in our program was overwhelming, validating that we continue to be heading in a positive direction. With the most recent hires we were able to secure some great football coaches who are hard-working, great recruiters and share a similar vision for success.”

The four coaches are Mason Miller, Matt Brock, Steve Spurrier Jr. and Tyson Brown. Miller, who played under Leach when he was the offensive coordinator at Valdosta State University, will coach the offensive line.

Spurrier Jr. will be the outside receivers coach after spending last season as the assistant head coach and quarterbacks coach at Western Kentucky University.

Prior to taking this position, Brown served as the assistant strength and conditioning coach under Loscalzo for four seasons.

The 2018 coaching staff is as follows: