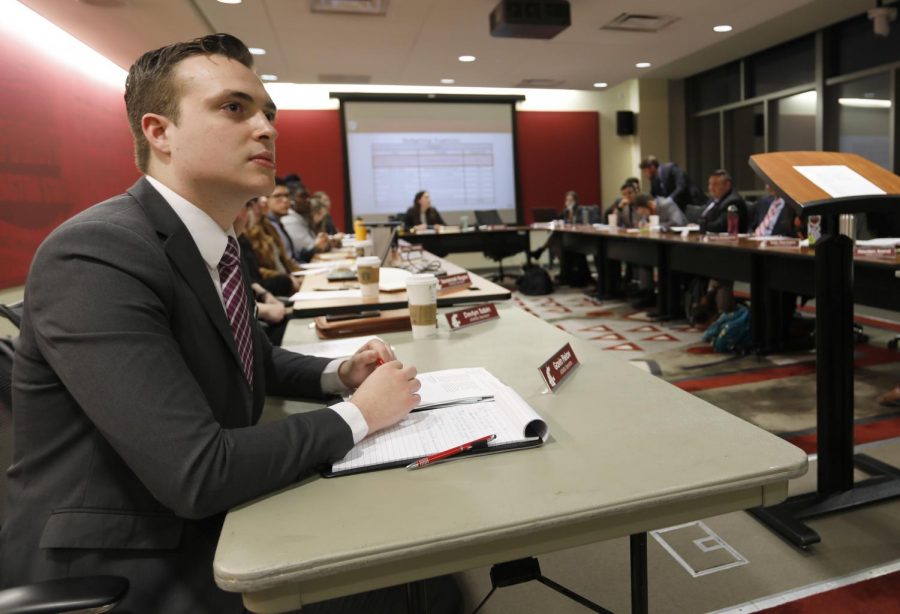 ASWSU senators passed a bill that aims to discourage corruption in ASWSU elections at their weekly meeting.

The “anti-corruption” amendment prevents appointed Election Board members from running for office within the same academic year they were on the board.

Previously, the requirement was that board members only resign before filing for candidacy. Now, members will not be eligible for candidacy until the next academic year, even if they leave their position, according to the bill. Additionally, Election Board members cannot support or campaign for any candidates or ballot issues for the entire academic year they are appointed.

All Campus Sen. Gavin Pielow, the bill’s author, said the amendment assures that board members stay unbiased. He said they are sometimes trusted with sensitive, insider information that could give an advantage to a member were they to run for office.

“We appoint people to the Election Board with the intention that they will be there the whole year, independent and non-partisan,” Pielow said, “not hopping on any political ambitions they may have.”

Senators also passed a bill that compensates the ASWSU chief justice for their work. The author, transfer delegate Jonathan Brown, said the judicial branch is the only one with unpaid positions.

The bill provides the chief justice position with state minimum wage for no more than five hours a week, according to the bill text. This includes two office hours, two hours for the weekly Senate meeting and one hour for the weekly Judicial Board meeting.

Senators approved a third bill redefining how referendums are created and passed before going to the student body. According to the bill, the term “ballot proposals” defines any referendum, constitutional amendment or student fee that students vote on.

The bill states that the finance committee will hear student fee initiatives before the Senate votes.

All Campus Sen. James Dalton said he doesn’t like the idea of fee initiatives going to this committee, because its job is to spend student fees, not approve them.

“I just didn’t like the justification that finance deals with student fees, because they don’t,” Dalton said.

All Campus Sen. Tyler Parchem disagreed with Dalton, saying fee issues should go to the finance committee because its members are equipped to deal with them.