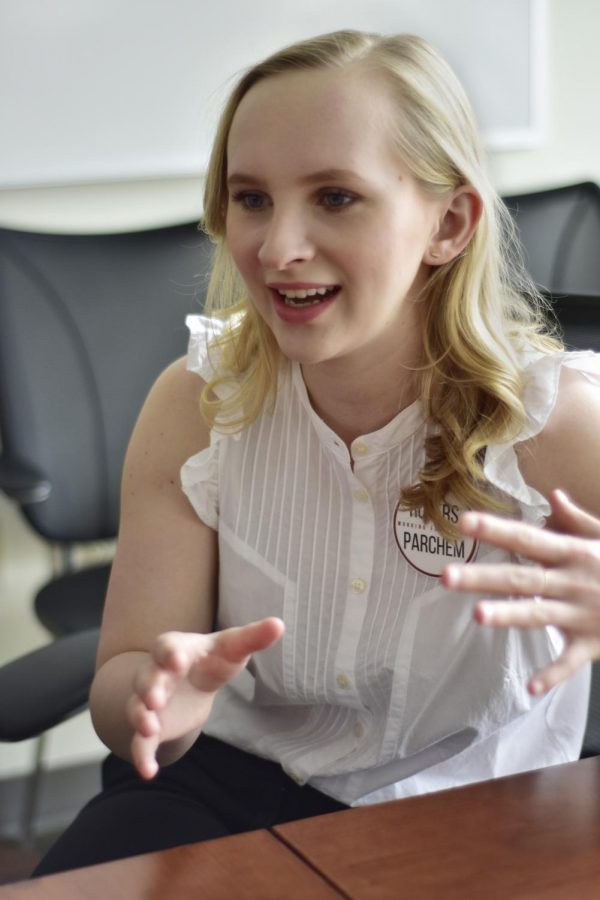 ASWSU Sen. Savannah Rogers describes the five- pillar plan she and her VP would pursue if elected.

Savannah Rogers and Tyler Parchem hope to use their positions as president and vice president of ASWSU, if elected, to launch specific prevention plans for sexual assault and gun violence to the forefront.

Their campaign slogan “Working for Change” emphasizes the belief that students have a voice and their voices are important. Rogers said their campaign focuses on the idea of bringing the ideas of the students, community, and ASWSU together to make a more positive schooling experience. Their campaign has five pillars: empowerment, accountability, engagement, safety and education.

One of their goals is to provide more resources for sexual assault prevention and awareness.

“We want to expand on Green Dot,” Parchem said. “We want that not just to be a one-year thing, [but] to be [an] adaptive experience as you go through college.”

One of their pillars, safety, can facilitate conversations about difficult subjects, like gun control and creating an emergency plan, Rogers said. If a violent act occurred on campus, students, staff and professors need to know the correct course of action and how to ensure their safety, she said.

If they are elected, Rogers and Parchem will create a hundred-day plan for goals and objectives they want to complete every three months. The plans would be based on ideas and priorities from students and create action plans to ensure the success and completion of their projects.

Parchem has also been active in student government, serving as the Residence Hall Association representative, chair of the Senate Finance Committee and chair of the ASWSU Budget Council.

Rogers spent her younger years in Japan, where her parents were stationed at a military base. Her dad later worked for University of Washington, but she decided she liked WSU’s atmosphere better and wanted to be a Coug.

Both Rogers and Parchem are political science majors, hoping to transfer to top law schools after graduating. Rogers is also majoring in strategic communication and plans to pursue a career in political law.

If Rogers is elected, she will be the ninth female president ASWSU has had in 114 years.

She said one of their biggest goals for ASWSU itself is to improve the organization’s relationship with students.

“We want to make sure that every student knows on campus what ASWSU is,” Rogers said, “[and] if they have a problem, know that we are here to serve them.”

Parchem said in the past year ASWSU has done a great job of advocating for students, and they want to continue working for the students and follow through on their promises.