10 Strings and a Goat Skin pulls from folk influences 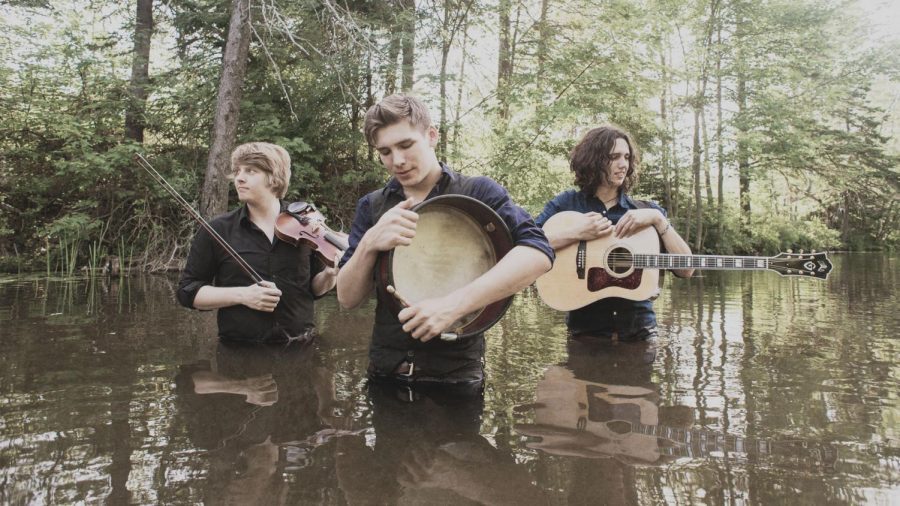 10 Stings and a Goat Skin utilizes a bodhran, or an Irish drum made from stretching goatskin over a wood ring.

Besides being nominated for many awards, they recently won the East Coast Music Association’s Roots/Traditional Recording of the Year award for their record “Auprès du Poêle,” which highlights their bilingual abilities.

Band members Rowen Gallant, Jesse Periard and Caleb Gallant play a unique set of instruments. Gallant and Periard play, respectively, a fiddle and six-string guitar to get 10 strings. To this they add a bodhran.

The Irish drum, made from stretching goatskin over a wood ring, produces a variety of pitches when struck by either bare hands or a stick called a tipper. These instruments give the band its name.

Director of WSU Performing Arts Gail Siegel said she heard about Ten Strings and a Goat Skin from Leonard Podolak, one of the founders of The Duhks, who performed at WSU a few years ago. She said Podolak described them as young and energetic.

“I can’t think of any better recommendation than an artist recommending an artist,” she said.

Ten Strings and a Goat Skin is currently touring in Canada and America, and plans to travel as far south as Australia. Siegel said they’re gaining popularity, which is another reason why students should come watch.

Performing Arts tries to expose the community to well-rounded performances that not only entertain but also educate the audience, Siegel said. While some acts they host can be a niche genre, they’re interesting and exciting.

“We bring in musical performers from around the world, she said, “and Ten Strings kind of straddles both lines from being world music and roots music.”

Losing Performing Arts means losing the world-class performances they bring, which expose the community to performers who will soon only be available in places that are hours away from the Palouse.

“There is no one else in Moscow, Pullman, Lewiston that is presenting performances that have a cultural overlay that bring incredible talent into this very rural community,” Siegel said.

This week’s performance by Ten Strings and a Goat Skin will take place at 7:30 p.m. tonight in Jones Theater in Daggy Hall.

More events can be found on the WSU Performing Arts website.