After property sale, livestock research to move to new location 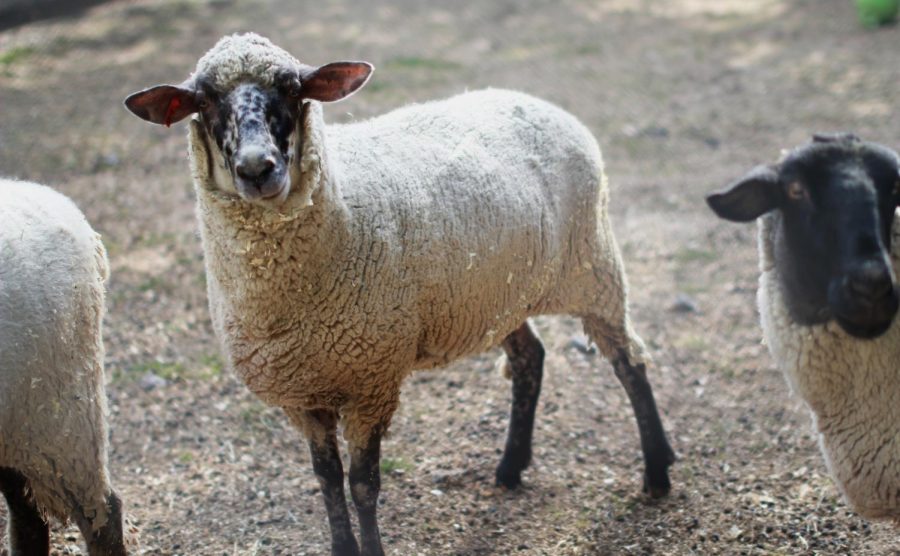 The facility, on WSU-owned land, will house research livestock, including cattle, big horn and domestic sheep, as well as goats. The Tukey Orchard will also be moved.

The research programs in the way of the Pullman-Moscow Regional Airport runway expansion project should be able to adjust to their new facilities without much difficulty, program leaders said.

The Board of Regents approved the design of the new buildings, which will cost $14.7 million, at its last meeting. The money will come from the sale of the land on which the current facilities sit.

The new facilities — which will house livestock for animal research programs in the College of Veterinary Medicine and the United States Department of Agriculture — will be located at the intersection of Highway 270 and Terre View Drive, on WSU-owned land commonly known as the “Hilltop” site, according to documents from the regents’ meeting.

The Tukey Orchard will also move, as a result of the runway expansion, south of campus to Spillman Farms.

Robert Mealey, chair of the Department of Veterinary Microbiology and Pathology, said the new buildings will provide everything they need to continue their research, much of which centers on animal diseases.

“We would’ve preferred to stay where we were,” he said, “but … we clearly had to move, and this new location is going to fill our needs.”

Most of the facilities at the new site will simply replicate the old ones, Mealey said, but they will have more pasture and some improved infrastructure.

For example, he said the new isolation building, where researchers study infectious diseases in animals, will function better. Now, there are several scattered isolation buildings, but the new site will have just one with an improved ventilation system.

Charlie Powell, senior public information officer for the College of Veterinary Medicine, said some of the current buildings date back to the 1950s.

“Anytime you rebuild facilities,” he said, “there will be a certain element that will be better than old facilities.”

Current research involves cattle, bighorn sheep, domestic sheep and goats. Mealey said they should be able to transfer all the animals to the new site, except maybe some goats. In this case they will try to move them to other facilities.

The university originally evaluated a different location off campus and south of Pullman, but Mealey said site preparation would have cost too much. The new site already has utilities and a road, allowing them to build the facilities they want within their budget.

Animal care would have been more difficult at the originally planned site as well, he said. There are already equine research facilities at the new site, so having all the animals nearby makes more sense logistically.

“We’re confident we’re going to be able to do the work we need to do up there,” Mealey said.

Airport construction is scheduled to begin affecting the current facilities in April and will continue until October, when the research programs will move to the new facilities. Mealey said he thinks they can transfer the animals without harming research.

Powell noted the moving schedule may have to be adjusted, as weather and major events like Mom’s Weekend can disrupt construction timelines.

“The best-laid building plans are often delayed,” he said. “Sometimes it’s on schedule and [sometimes] it’s not. We’ll have to wait and see.”