All five picks have contributed to success of their teams, performed at a high level on, off field 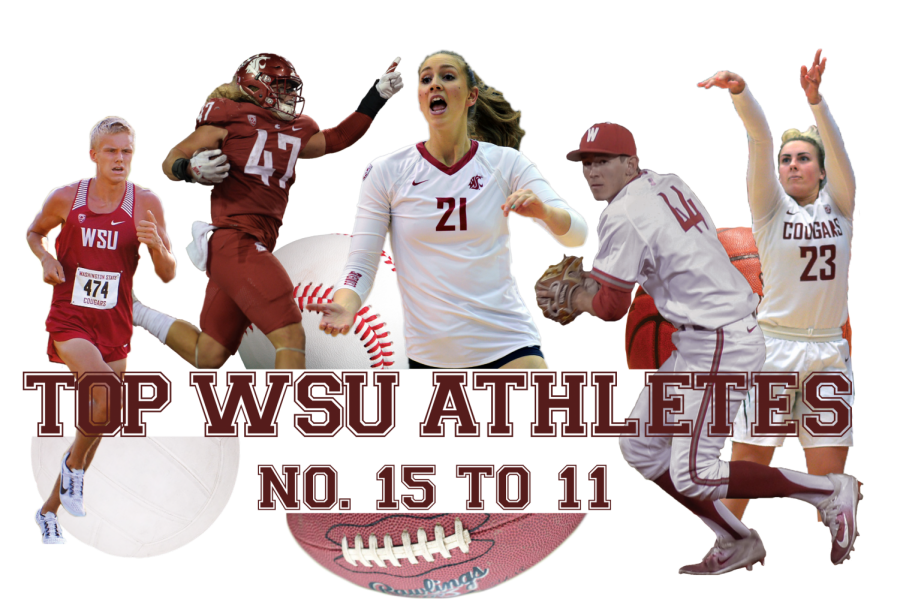 The following rankings of current athletes at WSU were determined based on a variety of factors, including leadership skills, impact on team on and off the playing surface, achievements in competitions and performance of their team in their absence.

Leading off my list of WSU athletes bound to leave a legacy is senior outfielder JJ Hancock. The Kennewick High School alumnus played in 32 games as a freshman, batting .256 in nine starts. During his sophomore season, he began to play a bit more, making 13 starts but dropping his batting average to .235. In his junior season he broke out, starting in 51 games while hitting .298, with four homeruns and 23 runs batted in. Hancock even had a nine-game hitting streak and a 12-game on-base streak during conference play. This season he enters his final year and is considered one of the leaders of a Cougar baseball program that is rebuilding itself.

Choosing one player from the women’s basketball team for this spot was tough, but junior guard Alexys Swedlund stood out as having the most impact on her team. The other options I considered were senior guards Caila Hailey or Pinelopi Pavlopoulou, as both have been leaders on and off the court. With that being said, Swedlund possesses those same qualities and she’s a year younger. She already has plenty of exposure, being a main component of the team during the Women’s National Invitation Tournament postseason run during her sophomore season. During the WNIT, she averaged 18 points and six rebounds a game, earning her a spot on the All-Tournament team. She also set the school record that year for three-pointers made in a single season, with 75. This year she had similar numbers, but was overshadowed by the Cougars’ underwhelming performance when expectations were so high. Look for her to take over as the leader of the team during her senior season.

The first football player coming in on this list is linebacker Peyton Pelluer. Pelluer had an outstanding start to the season last year before missing the final 10 games due to a foot injury he sustained in a game against Oregon State. The Skyline High School graduate has been with the football program since 2013, when he redshirted his freshman season. He was granted a sixth year of eligibility by the NCAA in January due to the injury occurring so early in his senior season. Pelluer exemplifies what it means to be a student-athlete. He was named to the Wuerffel Trophy watch list last season, given to the nation’s best player who is involved with community service. During his sophomore and junior seasons, he led the defense in tackles. His consistent knack for the ball and big plays has made him a staple on the defense.

Teigen has an incredible feel-good story, starting at the bottom of the cross-country chain as an underclassman and working his way to a co-captainship on the men’s team last season. The distance specialist led WSU at the Pac-12 Championships, finishing ninth overall. At the NCAA Championships, he led the No. 27 Cougars to a 24th place finish. His personal accolades include second team All-Pac-12 honors and being named to the Pac-12 Cross Country All-Academic First Team for the second consecutive year this season. There seems to be a trend of the best athletes also succeeding in the classroom, which is more important than their ability to perform on the playing field.

The senior opposite from Newport High School in Bellevue has been an integral part of the volleyball team the past few seasons. She came on the scene during her incredible junior season, when she was a part of the All-Pac-12 Honorable Mention Team and earned Pac-12 All-Academic First Team honors for the second consecutive year. She was among 12 players chosen to compete for the U.S. Collegiate National Team-Minneapolis last summer. This team is part of the USA Volleyball High Performance pipeline and is considered a second tryout for the U.S. Women’s National Team. To earn that recognition takes the incredible athletic ability and leadership skills that Schoenlein possesses.