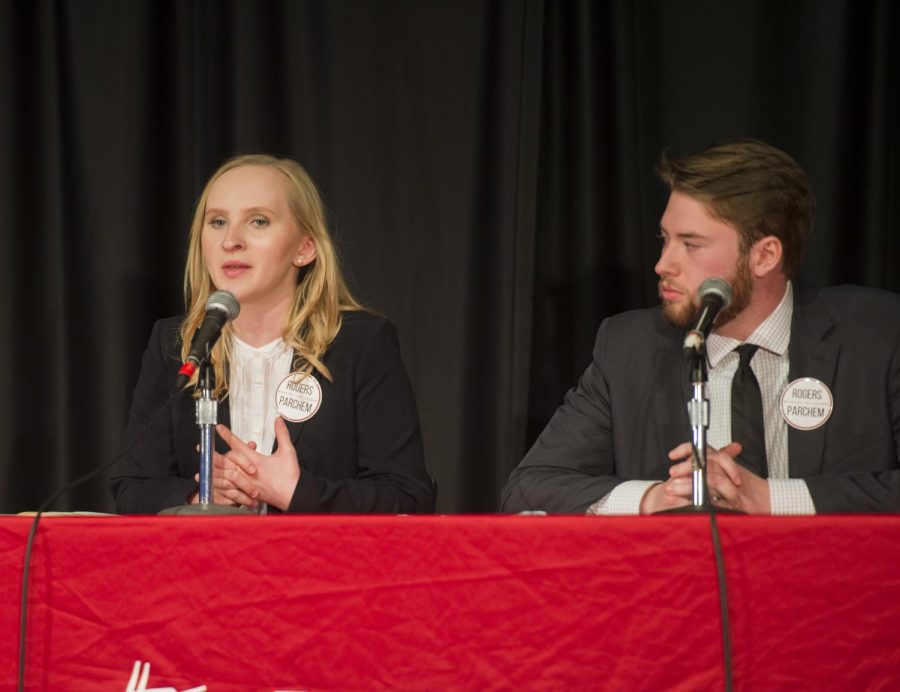 A member of the ASWSU Election Board resigned soon after the election, saying the student government failed to look into possible violations and problems with voting.

Mariela Frias, a second-year communication major, stepped down from her post on the Election Board on March 10, the Saturday following the election. Frias said some students were unable to vote, some were directed to WSU Vancouver’s ballot and the student government did not investigate allegations that someone working on the campaign for President-elect Savannah Rogers and Vice President-elect Tyler Parchem improperly used school resources.

Frias said she resigned because she thought ASWSU did not properly consider these complaints.

She described the election and the election system as “unfair and flawed.” She said a proposed special election for CAHNRS students, some of whom were unable to vote for their senator, would not have made up for all the problems she saw.

“People do need to be held accountable,” Frias said.

During the election, she said many students she interacted with were not able to vote.

Arts and Sciences Sen. Omar Zaragoza said he also talked with many students who could not advance past the log-in screen on the online ballot.

Zaragoza himself did not vote, but for a different reason. He said he was directed to WSU Vancouver’s ballot, though he did not know if that happened to anyone else.

Frias also pointed to an election complaint sent to the Judicial Board alleging a supporter of the Rogers/Parchem campaign printed about 200 posters in the Residential Education Center, meaning they used Residence Life resources.

Rogers said neither she nor anyone on her campaign asked for the posters to be printed, and she did not know about them until after the election. She said the posters were not put on display as far as she knew and nothing was left off her campaign’s expense report.

“Everything we did was by the books,” Rogers said.

Frias said she wanted ASWSU to launch an investigation, but it did not.

Chief Justice Bailey Fillinger said the Judicial Board did not investigate because complaints need to be submitted by March 8, the Thursday after the election, and this one was submitted the morning of March 9.

This brought up another problem, however, as the deadline for campaigns to submit their expense reports is past the deadline to file election complaints. This means the Judicial Board could not investigate an election violation allegation regarding an expense report until after the election’s results are final.

“There is no outlined process for what happens if an expense report is disputed,” Fillinger said. “The issue is we’re operating with holes in the bylaws.”

In an email to the Evergreen, Frost wrote he did not receive a formal notice of resignation from Frias before making the decision to remove her from the Board. Frost also believed Frias was investigating outside her jurisdiction because he saw her holding meetings in the Election Board office the week of the election without guidance from the Board’s chair.

Frias said Frost’s accusation stemmed from when she called someone involved with Residence Life to ask if the posters were approved for display in residence halls.

The Election Board will hold a hearing to look into Rogers’ and Parchem’s involvement in the printing of the posters at 7:30 p.m. Thursday in CUB, Room 206.

Whether or not the posters went up, she said, candidates should be held responsible for the actions of people working on their behalf.

“That happened on their watch,” Frias said. “It should have been reported on the budget.”

This story has been updated from it’s original version to include details provided by ASWSU President Jordan Frost.