Cougars tangle with Wildcats in Tucson

After blowing two late leads against UCLA, WSU hopes to bounce back 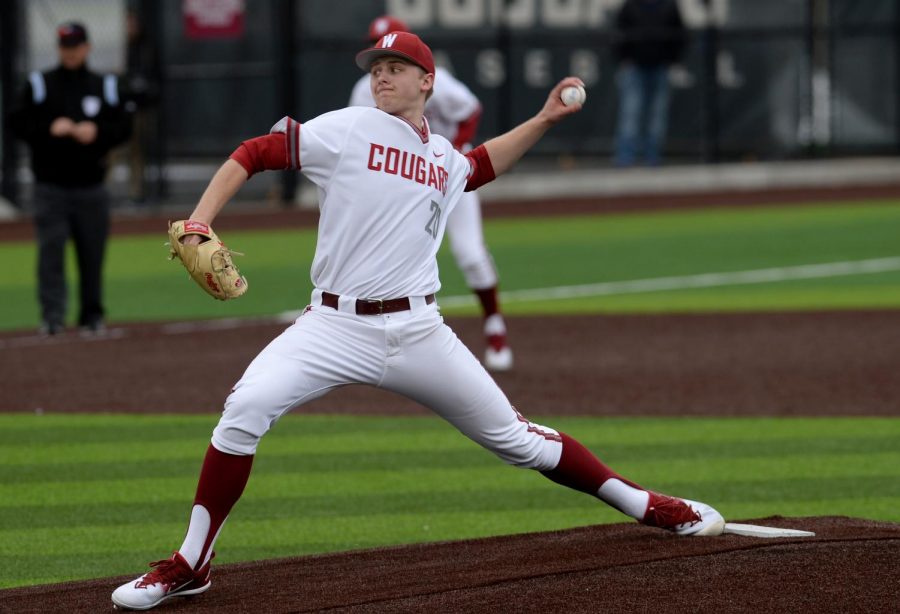 The Cougars will look to shift this narrative and get back on track when they travel to Tucson to take on University of Arizona on Friday.

Head Coach Marty Lees said the Cougars weren’t expecting to start 0-3 in conference play, but they were able to find some positives in of the past weekend, including 32 hits in the series and zero defensive errors.

“We did some very good things in all three games,” Lees said. “It was the best defensive performance we’ve had in three years for both the outfield and infield.”

WSU’s outfield did its part in keeping the Bruins off the board as much as possible by throwing out runners trying to steal and get into scoring position. Likewise, the infield turned some timely double plays to end UCLA’s scoring opportunities.

Junior outfielder Justin Harrer homered in all three games and senior outfielder Blake Clanton had two hits in each contest, including a home run Saturday.

Despite these silver linings, Lees said he is still aware that in the end the Cougars got swept.

Looking forward to the Wildcats (11-9, 0-3), Lees said the Cougars are focusing on having a clear approach at the plate and finding the holes in the defense to get runners on base, something they didn’t do against the Bruins.

“There were runs left out at third base that must score,” Lees said.

Lees said the Cougars should have swept the series against the Bruins, because WSU outplayed them in each game. He said the team had to make some pressure pitches Sunday that they wouldn’t have if they didn’t put themselves in that situation by leaving runners stranded on base.

Lees said Arizona has a very good pitching staff, and the Cougars will have to grind out at-bats and tire out their pitchers to bring in runs against the Wildcats.

“We’re going to have our hands full,” he said. “They’ve always played well at home.”

Lees said taking the same mentality they had going into the weekend against UCLA will be key for the Cougars. He said WSU needs to take advantage of every opportunity they can to make sure history doesn’t repeat itself in Arizona.

“We need to get the mentality that we’re taking the game,” Lees said. “We’re not going to leave it up to anybody on the other side to decide if we win or not.”

First pitch is set for 6 p.m. Friday at Hi Corbett Field in Tucson. The game can be heard on the radio through the WSU Gameday app.