Election Board votes to charge the pair $165 for campaign violation 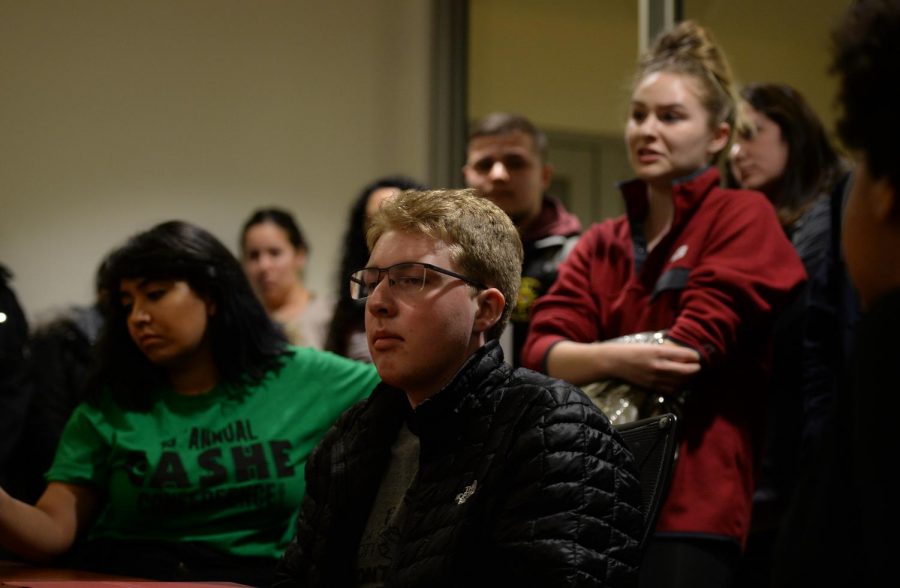 The ASWSU Election Board found that President-elect Savannah Rogers and Vice President-elect Tyler Parchem were responsible for “unauthorized” posters that one of their campaign supporters’ printed using university resources.

After the hearing Thursday night, the board voted to fine Rogers and Parchem $165. The fine will be paid directly to the Residential Education Center, where their supporter used printers and ink, according to an Election Board news release.

Olivia Chatters, an employee at the center, filed an election violation allegation against the Rogers-Parchem campaign after O’Dea came to the center to print the posters.

O’Dea approached Chatters, saying he had just gotten back from the Streit Perham residence hall with a single poster stamped with Residence Life approval. Campaigns need that stamp before displaying posters in residence halls. O’Dea then printed the 11×17-inch campaign posters.

Rogers said she did not hear anything regarding the posters or election violation until the morning of March 12, after the election.

Rogers said she, Parchem and their four campaign managers were the only people authorized to print posters for the election. She said they also kept a detailed list tracking all the posters involved in their campaign.

Their campaign did not display any posters in any residence halls, Rogers said, and O’Dea operated on his own in the printing and distribution of posters acquired from Residence Life resources.

Various members of ASWSU expressed their concern that money was stolen from students and that the action of taking money from Residence Life gave the Rogers-Parchem campaign an unfair advantage in their campaign.

Rogers said she asked O’Dea to make a statement telling the board what happened, which she wanted sealed and specifically sent to Election Board Chair Bradley Warren and Student Involvement Executive Director Brian Shuffield, but she later asked him to shred the statement. She said she asked him to do this because “there were multiple different stories happening.”