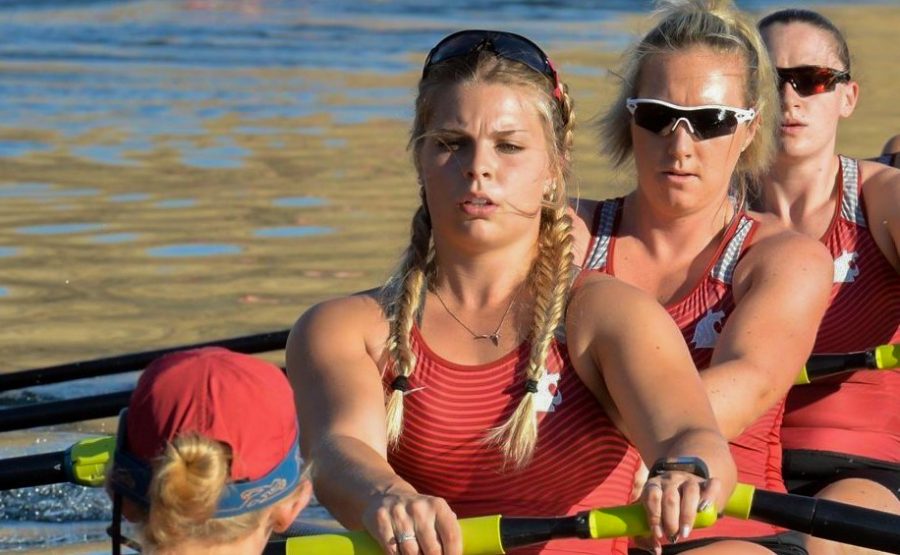 WSU rowing competes in the Grand Finals of the San Diego Crew Classic in San Diego, California on Sunday.

WSU rowing concluded the second and final day of racing Sunday at the San Diego Crew Classic at Mission Bay.

Big-12 Conference teams University of Texas and University of Oklahoma also participated. The Golden Bears placed second at the 2017 NCAA Championships and the Longhorns are ranked fourth nationally.

The Cougars edged out the Bruins in all three of their races Sunday. Cal won all three of its races, while Texas finished a close second in each of its three.

The second varsity eight of WSU battled hard for fourth as the Cougs bested the Sooners by half a second. The Golden Bears won the Jackie Ann Stitt Hungness Memorial Trophy with a time of 6:46.996 while the Cougars finished with a time of 7:08.317.

The Cougar varsity four, consisting of freshman coxswain Chloe White, freshman Emma Gribbon, senior Emily Weible, junior Grace Arnis and sophomore Sue Yu, were first to the water Sunday morning, placing fourth in the battle for the Karen Plumleigh Cortney Cup with a time of 8:00.956 and finishing ahead of fellow Pac-12 competitors USC and UCLA.

The varsity eight finished fifth in the race for the Jessop-Whittier Cup, posting a time of 6:51.480 — less than a second behind fourth-place University of Victoria.

WSU continues its spring season 8 a.m. Saturday when they take on bitter rival University of Washington. The meet will be held on Montlake Cut in Seattle.

The subhead in this story has been changed to reflect that WSU rowing finished ahead of UCLA in all three races and not Cal.