Only one WSU golfer finished inside top 25 at tournament 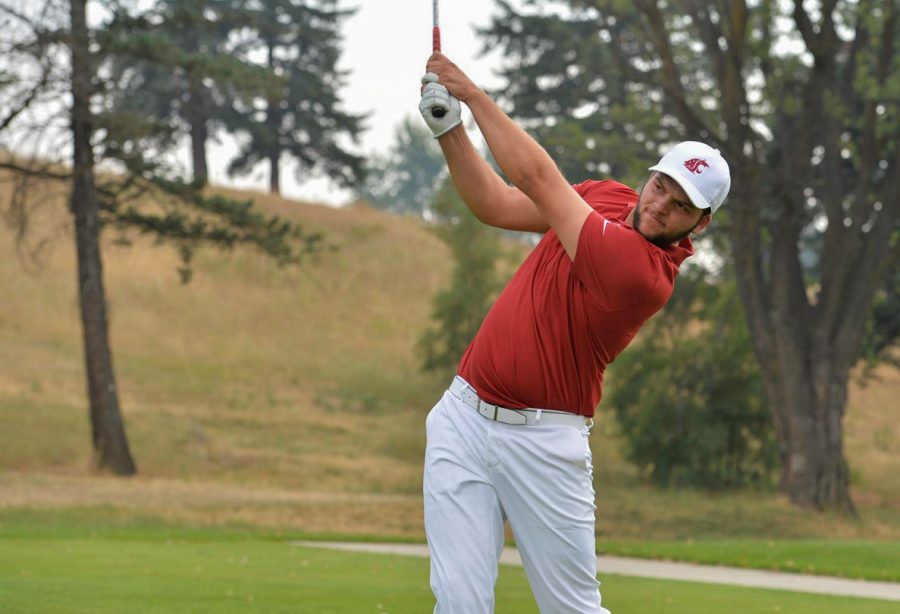 Senior Zach Anderson watches the ball soar down the fairway during the Big Horn Invitational on Saturday.

In a competitive field at the Bighorn Invitational hosted by Kansas State University, WSU men’s golf finished in ninth place among 12 teams.

After starting Friday at the Bighorn Golf Club in Palm Desert, California, the Cougars sat in 10th place on the leaderboard. Carding a 290 (+3) and a 293 (+4) in the first two rounds, the Cougars were seven over par as a team at the end of day one.

The Cougars shot their best round Saturday, but it was too little too late for WSU. The team recorded their tournament low of 285 (-3), wrapping up the tournament at four over and moving them up the leaderboard to ninth.

No. 15 University of Illinois at Urbana-Champaign dominated the tournament from start to finish, shooting 40-under as a team, 10 strokes ahead of second-place Mississippi State University.

Illinois sophomore Bryan Baumgarten won the individual title at the tournament, shooting 11-under on the weekend.

Senior Derek Bayley continued to play at a high level, leading the team in the first two rounds by shooting a 70 (-2) and a 69 (-3) and earning himself a top-10 spot on the leaderboard. But Bayley finished in a tie for 21st at two under, shooting a 75 (+3) in the final round.

After a shaky first day, junior AJ Armstrong and senior Zach Anderson each tied Bayley for the lowest score of the weekend for the Cougars with a 69 (-3) in the final round of play.

Anderson recorded four birdies on the front nine of that round and finished 29th overall with a score of 217 (+1).

Armstrong’s final round pushed him into a five-way tie for 50th place alongside senior Brian Mogg with a total score of 224 (+8).

Sophomore Daniel Kolar had one of his better tournaments of the season, shooting a 71 (-1) in the final round to finish in a tie for 33rd place with an overall score of 219 (+3).

The Cougars will go on a nearly three-week break before their next tournament where they will compete in the ASU Thunderbird Invitational on April 14.