‘The other end of the radio’

Siegel told students to invest in their generation, discern fact from opinion 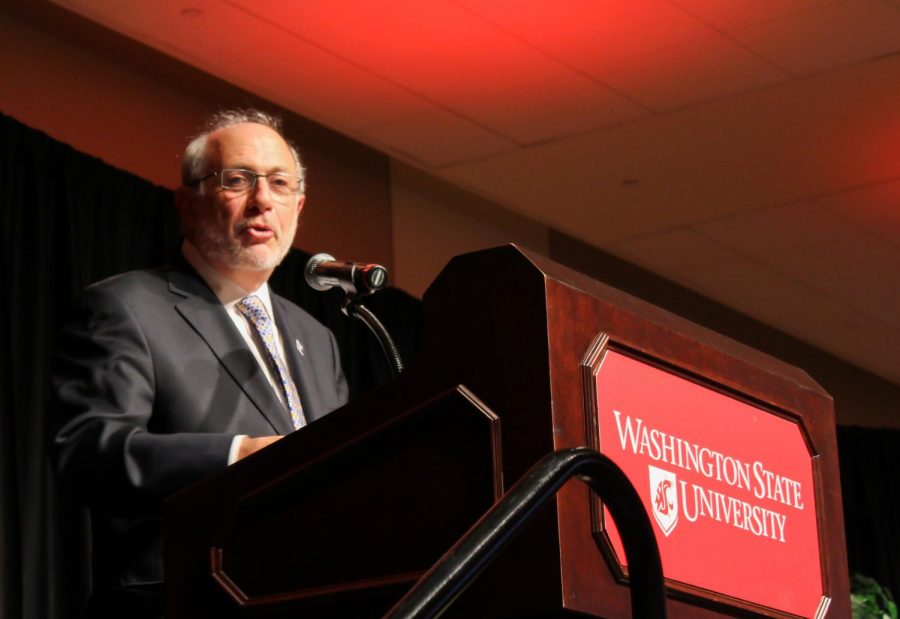 Every year the Murrow college honors the achievements of an individual who upholds the same values Edward R. Murrow demonstrated in his career. Murrow was known for his ethical influence by communicating truth with integrity and responsibility to the masses.

Siegel was a co-host of NPR’s first news program, All Things Considered, for 31 years. It won many awards and was the first public radio program to be inducted into the National Radio Hall of Fame.

Edward R. Murrow’s legacy was to rely on facts instead of fear and to listen as well as we speak, said Murrow Dean Bruce Pinkleton.
“We keep [Murrow’s] legacy alive tonight by awarding Robert Siegel,” Pinkleton said.

Siegel talked about his experience during his college career in New York at Columbia University. He recalled his reporting job during the student protests of 1968 and how he enjoyed separating fact from rumor. This is what inspired him to start his career in journalism.

“It occurred to me 50 years ago this spring,” Siegel said. “If I could figure out a career in journalism, then I would be a happy man. I come to you today a happy man.”

Siegel talked about the difference between news back in the day compared to today. He said his generation met a challenge to create a better kind of probing journalism to provide something on the airways for curious adults.

He then said the next generation will need to reach an audience of people who aren’t so curious and may not be prepared by their education to distinguish fact from opinion.

Siegel said he is hopeful there will be some people who are fed up enough with the current situation to do something about it and reestablish media that is credible.

Siegel left the audience by adapting a Shakespeare quote once used by Edward R. Murrow, saying, “The fault will lie not in our stars, not even in our media stars, but in ourselves.”