Back-to-back walk off victories for Cougs 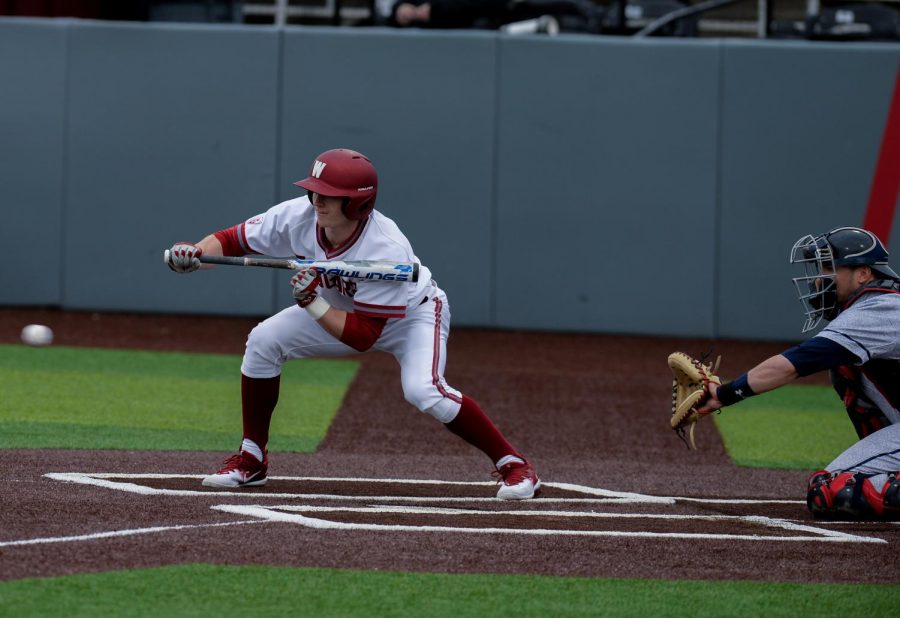 Then-sophomore outfielder Danny Sinatro attempts to bunt the ball in an attempt to move runners on base during a game against Saint Mary's on March 8, 2018 at Bailey-Brayton Field.

Freshman ASU first baseman Spencer Torkelson hit his 13th homerun of the season to give Arizona State an early 1-0 lead in the top of the first inning.

Sinatro said that Sunitsch has pitched well all year so the Cougars weren’t worried after he gave up that homer.

“He has always kept the Cougs in the game,” Sinatro said. “He’s a heck of a pitcher and an even better teammate.”

WSU didn’t trail for long as they scored two runs in the bottom of the first. Senior outfielder Blake Clanton tripled in junior shortstop Andres Alvarez to tie the game and junior first baseman Wyatt Segle scored Clanton with a single.

The lead stayed at 2-1 for the Cougars until the sixth inning when Arizona State junior outfielder Gage Canning scored on a single by sophomore catcher Lyle Lin. Sunitsch got out of the inning with one of the three double plays he started on the night.

Junior infielder Justin Harrer scored on a single by senior outfielder JJ Hancock in the bottom of the sixth inning to help the Cougars take a 3-2 lead.

“These kids have been pretty resilient,” Head Coach Marty Lees said. “They stay together and trust each other. When they did score, we responded.”

In the top of the eighth inning with Sunitsch still on the mound, Sun Devils sophomore outfielder Hunter Bishop hit a solo homerun to tie the game at three. The game stayed at that score until the bottom of the 11th inning when Hancock crossed the plate on Sinatro’s single to win the game for the Cougars.

“It feels good getting the team win and winning the series,” Sinatro said. “Feels good seeing everyone come together.”

WSU will go for a sweep of the Sun Devils at noon Saturday on Bailey-Brayton Field. The game can also be seen live on Pac-12 Networks.