Cougars get shut out in series finale 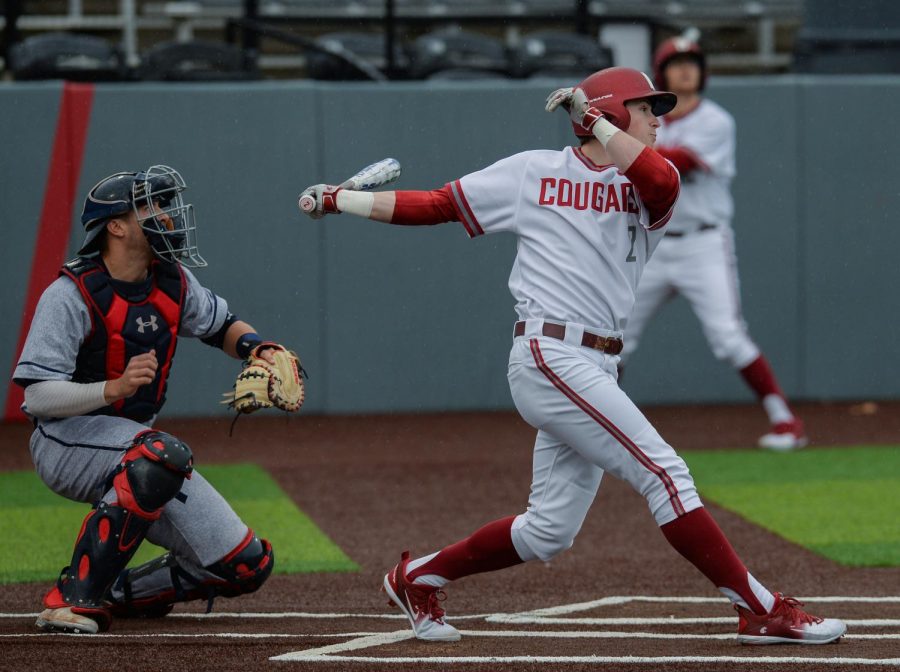 Sophomore outfielder Danny Sinatro holds the follow-through on is swing as he watches the ball during the game against Saint Mary's on March 8, 2018 at Bailey-Brayton Field.

WSU baseball fell short in the final game of a series with Arizona State University on Saturday 7-0.

Head Coach Marty Lees said that Arizona State (13-14, 5-4) had hits that just found their way through the Cougars infield when Anderson was pitching.

“That’s how Cody is, he can get outs and he can get ground balls, but today they found the spots where our defense wasn’t,” Lees said.

Opposing Anderson was ASU senior left-handed pitcher Eli Lingos, who kept WSU off the board by throwing a complete game and allowing only six hits.

Lees said that he wished WSU could’ve had a better performance at the plate, but he understands why they didn’t.

“[Lingos] has some good deception and he can mix up your rhythm at the plate,” Lees said. “You can’t really get on him, you just have to tip your hat to him.”

Senior infielder Taylor Lane and sophomore infielder Carter Aldrete each brought in two runs for the Sun Devils. Although the Cougars lost today, they still took two of the three games from the Sun Devils to win the series.

“If you look back at our losses besides a couple here or there, we’ve been in every ball game,” Sinatro said. “We just need to minimize the mistakes and keep on playing throughout the games and season.”