Life at Sea: Poachers will use social media 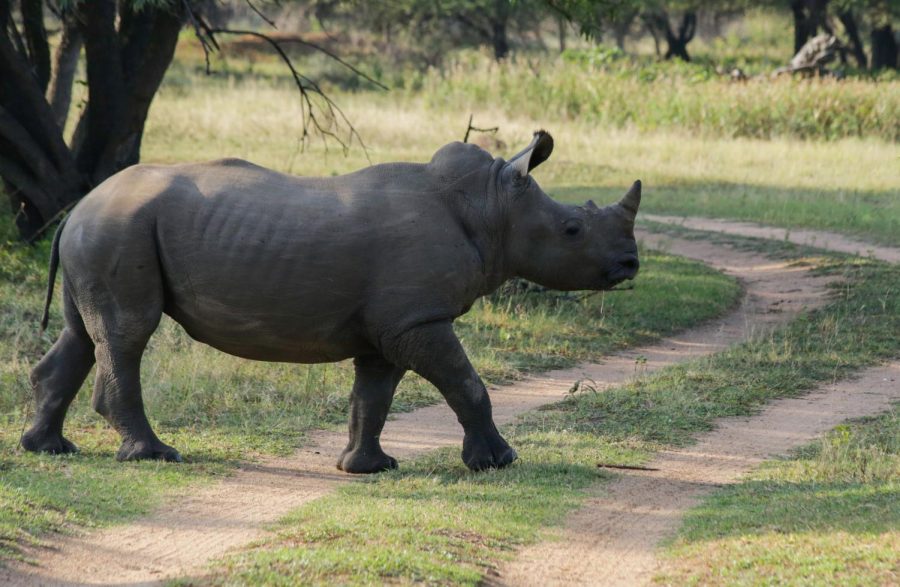 Southern white rhinos currently have a near threatened status. This nature reserve works hard to change that.

I sat in the back of the safari truck, the shutter of my camera endlessly clicking as we stopped to watch the male southern white rhinoceroses in their environment. This was when our guide asked that we not post pictures of the rhinos, mention the name or the location of the game reserve we saw them in. Puzzled, I asked why not.

I didn’t understand this at first. I originally assumed the electric fences that surrounded the entire reserve were just for the animals.

But our guide explained that posting the photos with a location was like saying, “Hey, there’s a rhino here. Come poach it.”

For this reason, I have omitted the name and location of the game reserve as well as the name of our guide.

The male rhinoceroses we were watching decided that he didn’t like our group of 11 people staring at him. He snorted, lowered his head and trotted toward our truck. I knew that at any moment this massive creature could easily topple our vehicle and possibly kill us without batting an eye. Terrified, I completely agreed with our guide’s decision to give the creature some space while we moved on to observe the others.

Poachers recently attempted to kill one of the rhinos in this reserve. I was not given many details about the incident, but I was told the poachers entered by cutting through the electric fence. They were ultimately unsuccessful in taking any animals.

The poaching surveillance unit found them first and, as my guide put it, “It’s shoot on sight” when it comes to poachers. Not much more was said on the subject, and not much more had to be said.

The concern my guide has for these animals is real. To most of us, poaching is a word we hear about but never have to give much thought. To my guide, poaching is a reality he must fend off.