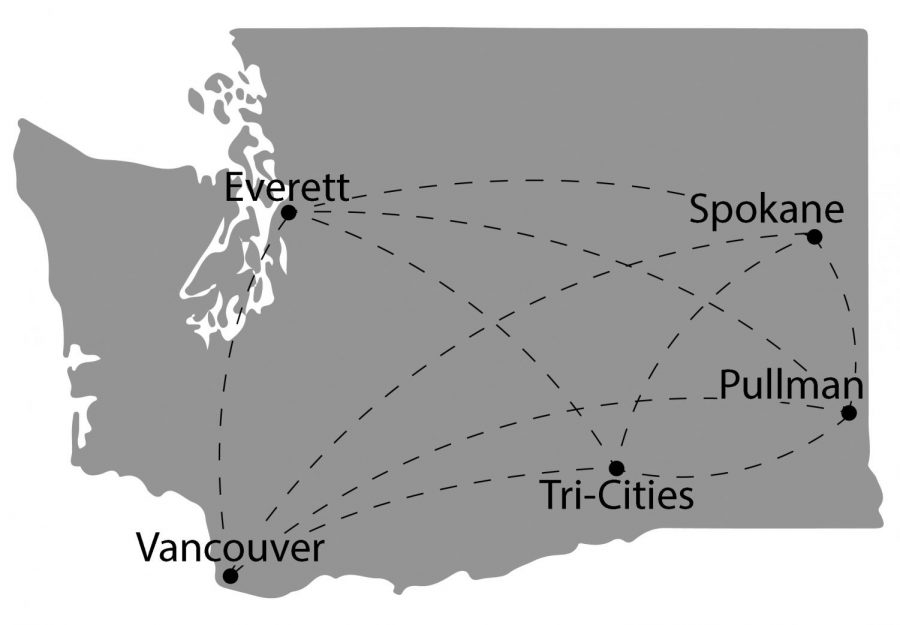 The merging of WSU News and WSU Insider is meant to streamline all campuses to one easy to use website.

By making an effort to adopt new methods of sharing information with staff and students, University Communications is taking steps in the right direction, but there are a number of issues that still need to be resolved.

“As a general rule of thumb, you should never let a website go even three years without an update,” said David Wasson, director for news and media relations. “From my understanding, it had been at least four or five for WSU News.”

With these visual changes came improvements to navigating the page, how stories are organized and a number of new tabs for specific resources. Stories are now sorted into categories instead of being in one long list.

“The immediate change is anything that the university sends out as an external news release is now on one location,” Wasson said. “As a journalist, you don’t have to sort through a chronological list of headlines.”

Streamlining University Communications in this manner will address some of the major aesthetic and systematic issues with the old WSU News website. But there are several major problems that will require clearer focus and more than just a visual overhaul to fix.

The issue that goes largely unresolved as a result of the merger has less to do with changing how information on Insider is presented and more to do with the content itself.

In order to be more useful to people, Insider must make transparency their first concern.

Already they have made improvements to the old system, like adding a tab for journalists and making information easier to find. But on top of this, they have to make sure pertinent information like the yearly budget and legislation changes are available and ensure the “For Journalists” tab has more than self-appreciative news releases.

There are fantastic stories in the WSU system, but not all of them are going to be positive. I’m not suggesting WSU showcase its faults en masse, but acknowledging problems is the first step to fixing them. Insider can show the best of WSU while still having the humility to communicate when things go wrong.

That kind of diversity is much more useful than just sharing WSU’s success.

Insider could have a “Transparency” tab with a goal similar to that of The Daily Evergreen’s tab of the same name. This would communicate the idea that WSU knows not everything is perfect, a concept communicated too often by concerned students instead of administration.

Wasson said Insider is built on a decentralized model he hopes will encourage a lot of voices from different campuses and colleges. Aspiring to include voices from all campuses is healthy and promotes unity throughout the system. But if those voices are limited to administration, the community will suffer for it.

Insider has a chance to contribute to the growth of WSU in a truly meaningful way by praising its successes while also admitting that things are far from where they ought to be. This will help replenish an ingredient to successful universities that WSU often lacks: trust.