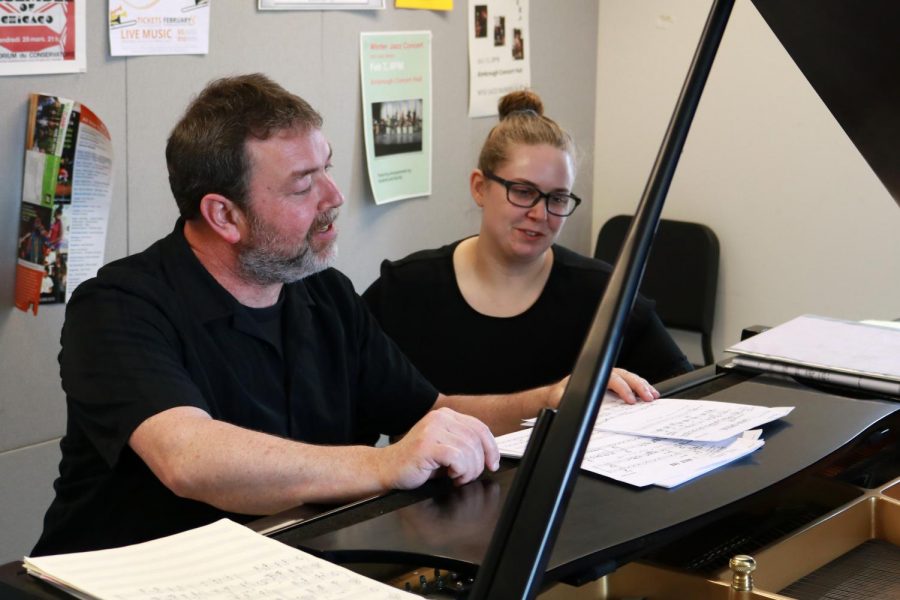 When I, a hopelessly romantic jazz head, think of classic jazz venues, I picture the famous portrait of Dexter Gordon in all his moody glory, with his saxophone in his lap, wearing a casual suit while holding a cigarette, letting the smoke flow off into the air, as photographed in 1948 by Herman Leonard.

As April begins, so does Jazz Appreciation Month, and the Palouse is a hotbed for jazz. Clubs like Rico’s, Etsi Bravo and Bucer’s Coffee House Pub are welcoming homes for live jazz, an art form that is evolving on a daily basis.

In celebration of Jazz Appreciation Month, WSU’s Jazz Society will be hosting events to pay tribute to the great musicians who have come and gone, as well as providing a platform for those working on their craft here in Pullman.

“To me as a jazz musician, I think it is a step forward to recognizing the incredible impact jazz has on American culture,” Poteracke said. “I believe jazz should be celebrated for its immense contributions to 20th-century music as an equal to composers of classical idioms.”

As a musician, it is evident that jazz has gone nearly unrecognized by popular culture for the past few decades, and it’s a shame.

Poteracke explained that the Jazz Society is a registered student organization at WSU that strives to bring jazz education resources to students and make them aware of live music in the community. The organization hosts monthly forums, which feature guest artists who talk about specific topics and their experiences in the jazz world.

The society also helps to promote artists on the Palouse, like the Jazz Wires, an ensemble of graduate and undergraduate students who are in the process of recording their second studio album.

In honor of Jazz Appreciation Month, the Jazz Society has bulked up its schedule, adding more events than the monthly forums and jams. Beginning April 12, the Jazz Society will be hosting movie nights every Thursday from 5 – 7 p.m.

“Each movie is either a documentary or major blockbuster dedicated to a particular jazz musician,” Poteracke said.

The Jazz Society will have its monthly forum on April 18 with saxophonist and flute player Horace Alexander Young, as well as a clinic on publishing and copyright law with Greg Yasinitsky on April 20.

Gigs will be happening around Pullman throughout the month. A jazz showcase will take place at 8 p.m. Tuesday in Kimbrough Concert Hall, and Big Band II will play at Rico’s at 9 p.m. Wednesday.

Jazz is considered by some to be America’s classical music. As a tradition that dates back to the early 1900s, performers build off ideas from one another to create unique compositions.

“Jazz Appreciation Month is important to establishing the voices of jazz composers and musicians,” Poteracke said, “who have fought hard to express themselves against all else.”