Adjusting to life without his mom

AJ misses home cooked meals from his mother, spending time with her 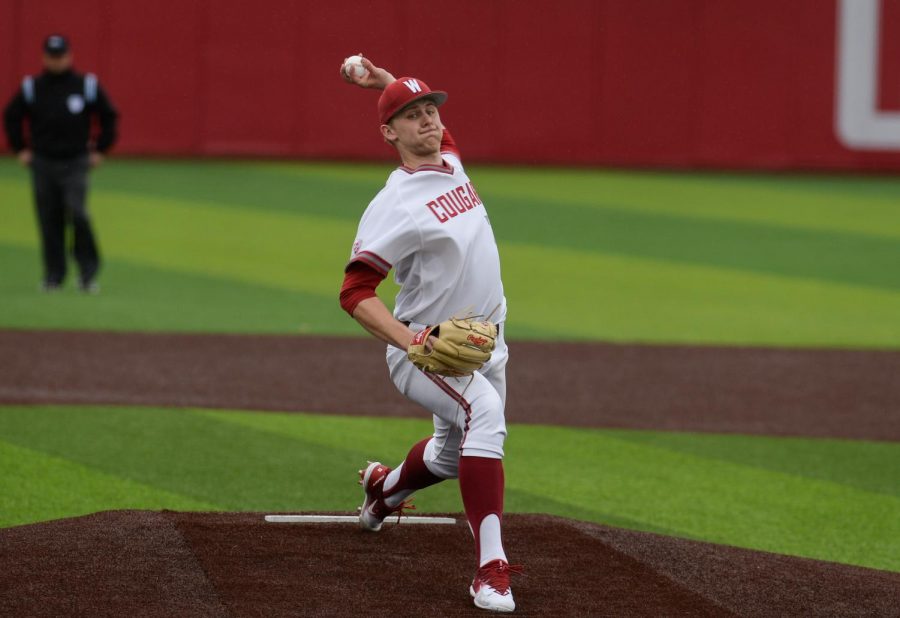 Sophomore left-handed pitcher AJ Block throws a pitch during the game against Saint Mary's on March 8 at Bailey-Brayton Field.

Sophomore pitcher AJ Block comes from an athletic family, but not one with a background in the sport that brought him to WSU.

His mom Tanya and his dad Tony both played basketball at University of Utah in the early 1990s, so naturally Tanya expected AJ to follow in their footsteps.

“Basketball was his first love,” Tanya said. “We worked pretty hard on basketball because we thought that would be his path to college.”

In high school, opportunities presented themselves to AJ and the doors for a career in baseball opened. He knew he couldn’t pass it up.

AJ said his stepdad Jeff was a big factor in sparking his interest in baseball. He said Jeff saw he had the stature of a pitcher and urged him to start throwing off a mound.

Tanya said she used to go to the gym with AJ to hone his basketball skills, but as soon as he made the transition to baseball his stepdad took over. Jeff was a Division I baseball player and coached on the side, so he helped develop AJ into a pitcher, Tanya said.

“I had a big learning curve when AJ started playing baseball,” she said. “His first game was actually the first full [baseball] game that I ever watched.”

She said AJ didn’t want to be just a pitcher at first, so he continued to take at-bats throughout his time at Newport High School in Bellevue. Once he realized pitching would be his ticket to college, it was a natural progression.

“In high school, he hit a triple and when he rounded second, he was just all legs,” Tanya said. “That’s when we knew he was going to be a pitcher.”

When it came time to choose a school, Tanya said they helped AJ but wanted to make sure it was his choice.

She said that he wanted to go somewhere that the coaches believed in him and would help develop him not only as a pitcher, but as a person.

“I would’ve been happy with anything he chose,” Tanya said. “I just wanted him to be successful and have as many opportunities as possible.”

AJ said he had a hard time adjusting to being away from his mom when he first arrived in Pullman, but now their bond is even stronger.

“We have always been close,” he said, “but our relationship definitely grew right when I left for college.”

AJ said receiving home-cooked meals from his mom every night was something that he took for granted before he came to college. Now he really misses now.

He and his mom have a unique athletic relationship as well. They disagree on who could beat who in their respective sports.

Tanya said she wouldn’t have much chance at beating him in baseball, but she’s confident in her ability to trump him in basketball.

“She would probably out-shoot me,” AJ said. “She is a pretty good shooter.”