Track placed first in several competitions in Eugene despite weather 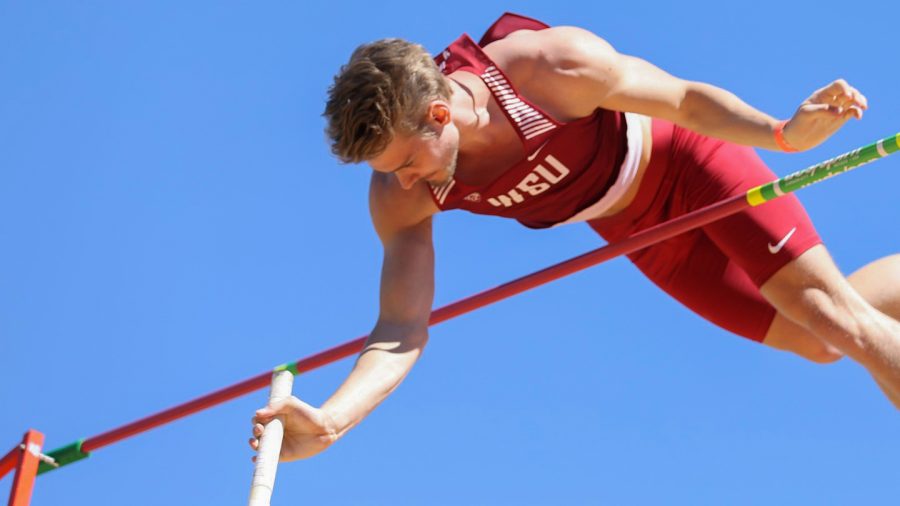 Making a trip to Eugene,  Oregon, WSU track and field continued to see success at the Pepsi Team Invitational on Saturday, as athletes earned top finishes across the board.

Despite the meet being delayed almost an hour due to rain and wind, redshirt juniors Brock Eager and Amani Brown got the day started on a high note. Eager took first in the men’s hammer throw with a final distance of 65.33 meters, while Brown finished close behind in second place with a personal-record toss of 63.07 meters.

In the women’s hammer throw, redshirt sophomore Aoife Martin earned a second-place finish with a final throw of 54.98 meters, sixth-best in WSU history. Junior Kaitlin Krouse also finished second in the women’s discus with a heave of 42.87 meters.

In the men’s high jump, junior Peyton Fredrickson took first place with a final height of 2.01 meters. Junior Keelan Halligan was right on his heels, tying for second place with a season-best jump of 2 meters.

The Cougars took the women’s pole vault by storm with four athletes placing in the top five. Redshirt sophomore Molly Scharmann was in control, taking first place with a final height of 3.94 meters. Freshman Emily Coombs tied for second place with a height of 3.79 meters and junior Katelyn Frost and freshman Macee Erickson tied for fifth at 3.64 meters.

Moldau also took first in the men’s pole vault with a clearance of 5.15 meters, a season best.

Redshirt senior Cole Smith brought home a victory on the men’s side of the event with a toss of 62.98 meters

The men’s 4×100 meter relay team of senior Zach Smith, juniors Ray Littles, Ethan Gardner and Ja’Maun Charles took second place, coming in a fraction of a second behind Brigham Young University with a time of 40.95.

After a weekend at the University of Oregon, the Cougars will have nearly two weeks to prepare for their next meet, the Mt. SAC Relays in Torrance, California.