Seattle-based artists Franceswa, Modiv and Mr. Nicenice will perform with Pullman's own The Blur 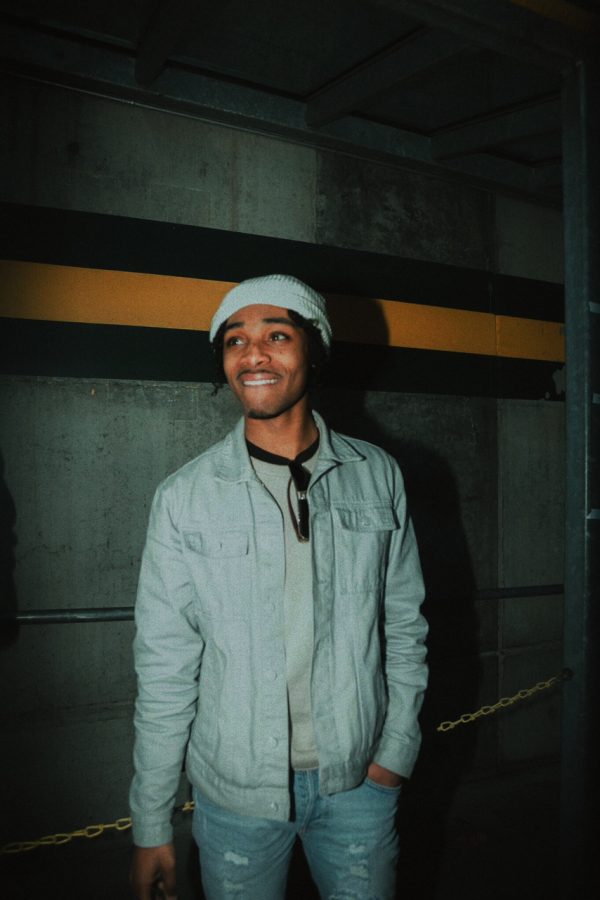 Romero Franceswa is a Seattle-based rapper known for his lyrical style.

Romaro Franceswa yells at the camera, holding a bunch of condoms as he and fellow rapper Modiv promote their show at Stubblefields this Saturday.

Romaro Franceswa, Modiv, The Blur and Mr. Nicenice will be performing a wicked set guaranteed to bring the heat, Modiv said.

“We’re hoping to bring a lot of energy and make it really hype,” Modiv, whose real name is Tony Christensen, said.

The show’s headliner, Romaro Franceswa, is known for his lyrical style.

Franceswa’s eccentric personality is showcased in his promo video for the upcoming Stubbie’s gig and others, where he can be seen with a Power Ranger, chugging beers with his friends through a pool noodle and being spoon-fed fondue.

Growing up in Federal Way, Franceswa started performing at the age of 9. He is the younger cousin of the Seattle-based rapper Fatal Lucciauno and spent a lot of time at live shows in the Seattle area, his manager Kyle Pederson wrote.

Franceswa started performing and developing a reputation for his freestyle abilities while hanging out backstage with rappers at shows. Over time, he had the opportunity to rap for Fearce Vill, which led to an introduction to hip-hop producer Bean One, Pederson wrote.

This introduction and evolution as a performer led to the recent release of his EP “Kiss the Sky.”

The other artists billed for the event channel the same level of cool as Franceswa.

Mr. Nicenice mixes trap and pop elements, which are evident in his song “Chill.”

WSU’s own The Blur spits rapid-fire bars, which won the crowd during the Afroman concert at Floyd’s Cannabis Co. last semester.

The hottest tracks from each of the artists performing Saturday are Franceswa’s “Kiss the Sky,” Modiv’s “YesterBae,” Mr. Nicenice’s “Chill” and The Blur’s “I Am SO.”

Franceswa and the others will perform 8 p.m. Saturday at Stubblefields. Presale tickets are available through Stubblefields’ Facebook page for $10 and can be bought at the door for $15.