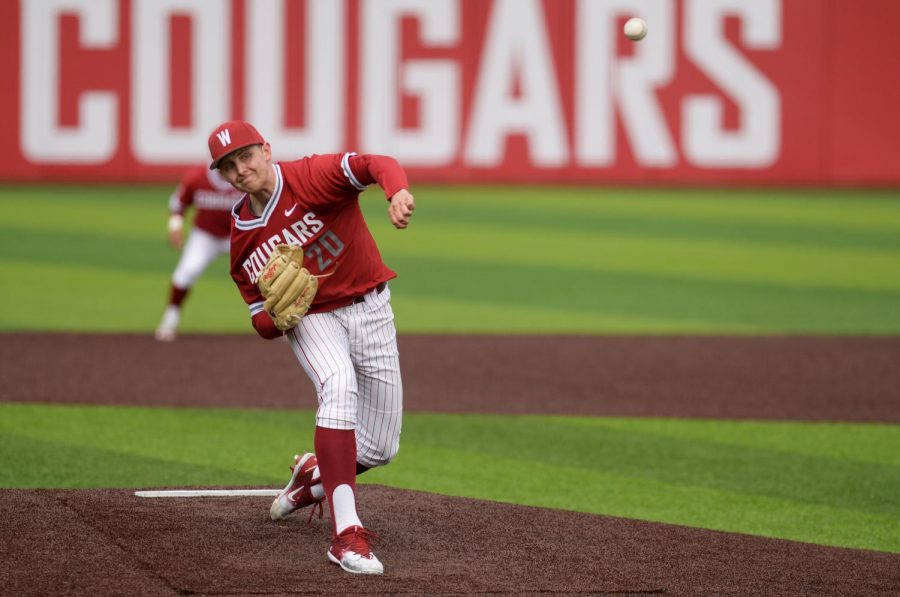 WSU baseball will head to Spokane to face Gonzaga University on Tuesday for the second time this season.

The Cougars (10-19, 5-10) won the first matchup 4-3 with a go-ahead home run in the eighth inning, coming off the bat of junior catcher Robert Teel.

Just like last time out against the Bulldogs (18-16, 9-6), Head Coach Marty Lees said WSU will probably pitch by committee again. Because they had Sunday and Monday off, he said, it will give some of the guys who threw in Friday night’s contest against University of California, Berkeley, time to be ready.

Lees said the Cougars need to be better with runners in scoring position this time out.

“We had bases loaded with two outs, you have to get a hit,” Lees said. “There’s no [sacrifice fly] or moving guys over then.”

Lees said he was satisfied with the way the Cougars battled once Gonzaga got two strikes on them, but they need to be better at winning those battles and producing hits.

Lees also said the pitching may not have been as sharp as they would’ve liked to see in the first contest, but he was happy with the staff overall.

“They made the pitches they needed to make when we needed them most,” Lees said.

Although Spokane is close to home for the Cougars, they are just 3-11 away from Bailey-Brayton Field this year. Gonzaga is also 5-1 at home so far this year, so WSU will have to bring the energy they have had in Pullman to this road game.

First pitch between the Cougars and the Bulldogs is set for 6 p.m. Tuesday at Washington Trust Field in Spokane.